Two Alumni Appointed to NMU Board 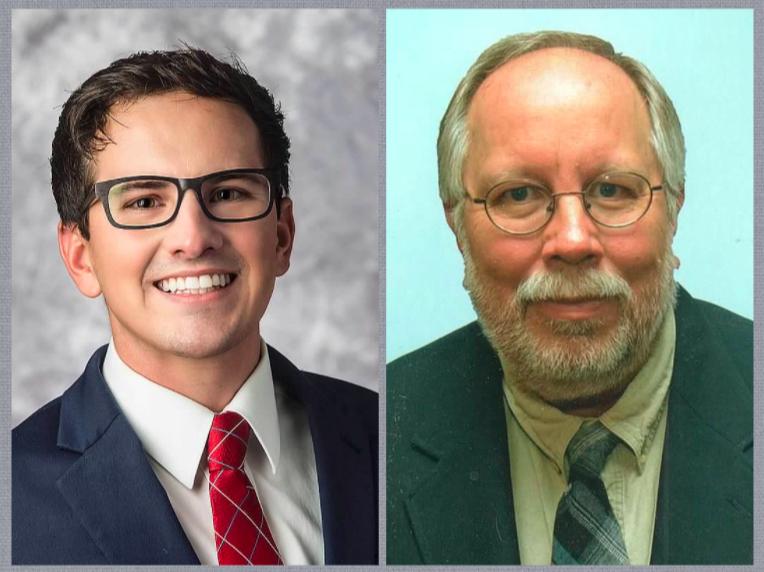 Gov. Gretchen Whitmer has appointed two Northern Michigan University alumni to the NMU Board of Trustees. Jason Morgan of Ann Arbor serves as 8th district commissioner and chair of the Washtenaw County Board of Commissioners. Retired teacher Gregory Seppanen of Marquette is a former Marquette County Commissioner and Chocolay Township Supervisor.

Morgan is a service member with the U.S. Coast Guard Auxiliary. He is also a member of the Ann Arbor SPARK Executive Committee, the Washtenaw County Environmental Council, Homeland Security Task Force, Public Works Board, and the Criminal Justice Community Collaborative.

The political science graduate earned his bachelor's degree from NMU in 2011. During his term as student body president, he presented regular updates at NMU board meetings. Morgan said he now looks forward to serving his alma mater in his new capacity as a trustee.

“What I loved about NMU as a student was the outdoors, of course, but also how well-integrated the university and community were together,” he said. “As a student, working with community activists and leaders was very impactful to my career and to the person I am today. I'm really excited to be part of the university again. I'm thrilled for the opportunity to listen to and work with students, faculty, staff and the administration to see what I can do to help.”

Morgan also holds a Master of Public Administration (MPA) from the University of Michigan Gerald R. Ford School of Public Policy. He succeeds outgoing NMU Board Chair Steve Mitchell and will serve a term from Jan. 1, 2021, to Dec. 31, 2028.

Seppanen taught U.S. history, government, world history and economics at Marquette Area Public Schools for 24 years before retiring. He also served 18 years on the Marquette County Board of Commissioners and nine years as the Chocolay Township Supervisor. He remains an active member of both the Marquette County Planning Commission and the Central U.P. Planning Body.

Before enrolling at NMU, the U.S. Army veteran served in the U.S. Presidential Honor Guard, “The Old Guard,” in the Washington, D.C. area. Seppanen graduated from Northern in 1979 with a bachelor's degree in history and geography. He also attended trade skill training in welding at what was then called the NMU Skill Center.

“When I was at Northern, the support for veteran students continuing their education was superb, and it's my understanding it's still very good. That was very important to me,” said Seppanen, whose grandparents arrived in the area separately from Finland at the turn of the 20th century. “Northern was initially a teacher's college and that's still an important focus. Hopefully my local ties, my educational background and the planning experience I gained through 27 years as an elected official in the Marquette area, will prove helpful to the board and university.”