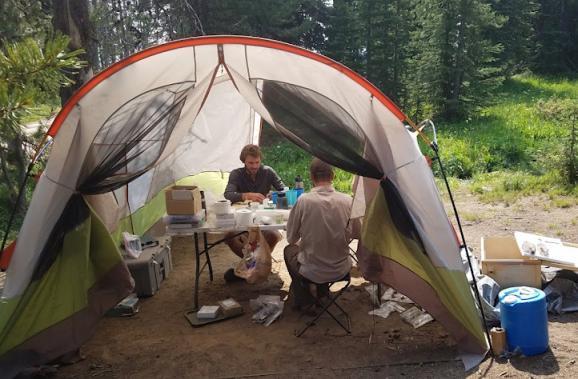 Rohde (left) and Kraushaar processing specimens on the side of a mountain in Idaho.

Two undergraduate students accompanied Northern Michigan University Biology Associate Professor Kurt Galbreath on a month-long expedition in the Rocky Mountains this past summer to expand and diversify the collection of small mammal specimens in the Northern Museum of Zoology. Their work will also help support current and future research projects.

The museum previously housed about 2,000 specimens that are primarily from the Great Lakes Region. The trio collected 20 species of rodents, shrews and lagomorphs, a classification that includes hares and rabbits. These specimens were previously unrepresented in the museum because they are unique to western North America. About 15 of the collected species were entirely new to the museum.

Senior environmental science major Alec Kraushaar and senior biology major Alec Rohde spent long hours working closely with Galbreath to find and collect the specimens in their mountainous habitats in Montana, Idaho and Wyoming. The group also collected parasites from the mammals they surveyed for other research purposes. In total, the expedition increased the holdings of the Northern Museum of Zoology by more than 500 individual mammal specimens and thousands of associated parasite specimens.

“This was an eye-opening experience and I am so glad to have spent the last month in the field. I found a new passion for science through the museum,” wrote Kraushaar in a letter expressing thanks for the NMU faculty research grant that supported the trip. “We discussed everything from the changing landscape and climate in the West, to the different species that lived in the mountains and their habitat. I was able to ask Dr. Galbreath questions about genetics, evolution and diversity that expanded way beyond a textbook.”

Now that they have returned to the lab, Rohde and Galbreath are studying geographic patterns of diversity in various tapeworms that are associated with North American rodents. Meanwhile, Kraushaar is studying the distribution and diversity in a parasite of white-tailed deer.

Galbreath said the mammal specimens and their parasites provide an important baseline of biodiversity, proving at this moment in time that these species occurred in populations the group sampled.

“Such baselines are important because ecological communities are constantly in flux as a consequence of ongoing environmental change,” he added. “The museum makes it possible to see how those changes are influencing the distribution of organisms over time.”

The Northern Museum of Zoology makes specimen records available to researchers through a global database of biodiversity known as VertNet.org. Scientists around the world query the data associated with specimens near or around the Great Lakes hundreds of times per month. 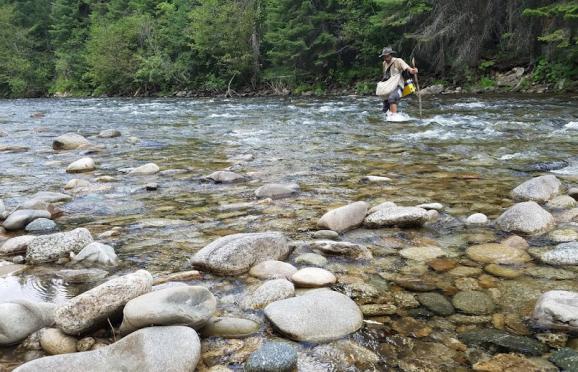 Rhode crossing a river with field gear and specimens

This is a second test 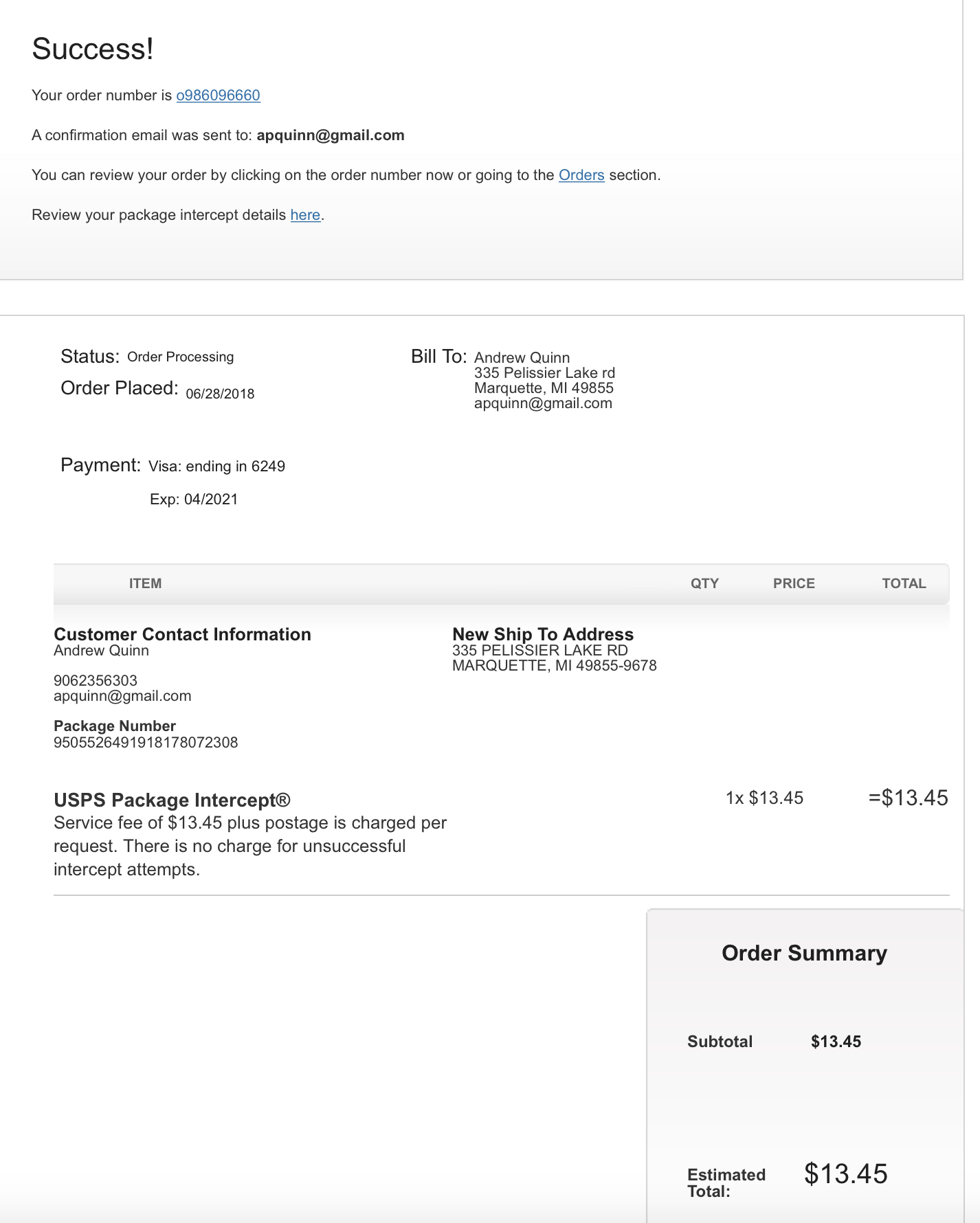