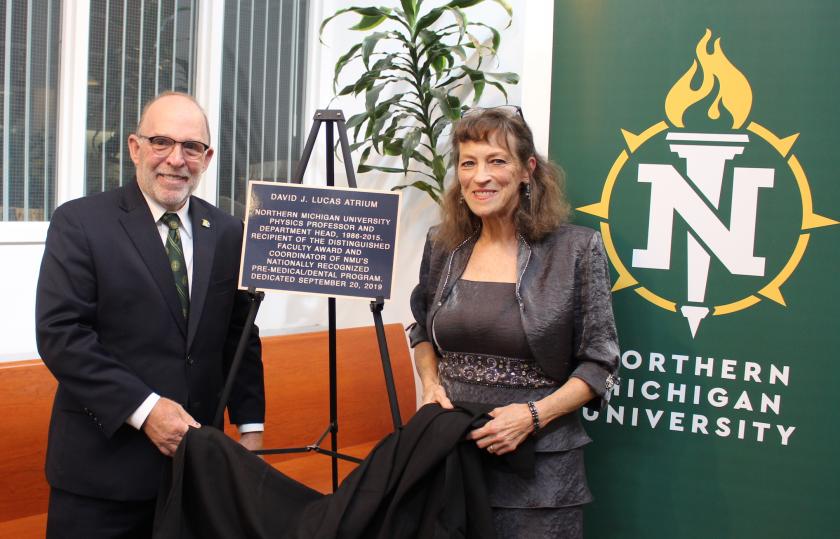 Shingler Weston earned her bachelor's degree in biology in 1929. A trailblazer, Shingler would become one of NMU's first female graduates to complete a medical degree. She became part of the team that developed the Salk polio vaccine and was honored by President Lyndon B. Johnson as one of the nation's “Outstanding Medical Women.”

“It was her time here at Northern that really sparked her interest in science and eventually medicine,” said daughter Susi Weston. “Lucky for those who knew her, she continued to very generously share her love of learning and education, which all started right here. I'm a graduate of Northern and so were both my parents, so this means so very much to me personally. I believe my mom would tell all young men and women who walk through these halls to take advantage of the opportunities that await him or her and the power of a great education.”

“Northern was a significant milestone in her life and something that meant very much to her. Given that she met our father here, it meant a great deal to me and my sister as well,” joked son Jack Weston. “She really felt that she owed Northern a great debt. Thank you so much for this honor. But knowing my mom, she probably would have said, ‘I don't know what all the fuss is about.'”

Working on the Salk polio vaccine helped launch Weston's career in toxicology. She remained on the project for three years and eventually became the head of the company's toxicology lab in Michigan for 10 years. In 1968, she and her husband founded Weston Consultants, Inc. in Virginia, which became a leader in toxicology analysis. After retiring from the field in 1997, Weston dedicated her time to the Kenton Historical Society, where she helped document the history of her hometown. She died in 2016 at age 107.

“Dr. Weston lived kind of life I hope every Northern student has the opportunity to live. One that's not limited by societal expectations, where they pursue an area of passion, have an unwavering support for a strong partner, such as Dr. Gene Weston—class of 1930—was to Kathleen. Where they have excellent quality of life, well into their advanced years. And where learning is a lifelong habit. And like Dr. Weston, I hope all Northern graduates will maintain a connection to their alma mater and give back if they have the means and opportunity to do so in the future.”

David Lucas came to the NMU Physics Department in 1986. His primary research involved the modeling of molecular structures, and he had once worked alongside and published journal articles with a man who later went on to win a Nobel prize. In 1998, Lucas became the coordinator for NMU's pre-medical/dental/health professional programs, which he elevated to be among the best in the nation. His wife and retired NMU physics professor Marsha Lucas gave one example of how well he did as adviser.

“My youngest son, Alex, was in pre-med at Northern,” she said. “Dave would take pre-med students on a biannual trip downstate to visit medical schools. When my son was on that trip, they were in a conference room and the admissions director from the University of Michigan medical school came in and said, ‘Students, I hope you all know this: You have the best pre-med adviser in the state of Michigan, if not the country.' That was quite a compliment.”

Lucas was named the physics department head in 2001. He was the recipient of NMU's Distinguished Faculty Award in 2006. Described as “NMU's biggest and strongest supporter,” Lucas he was an avid participant in campus activities, whether academic, arts and culture, athletic or fundraising events. Former colleague and current physics department head David Donovan considered Lucas one of his best friends.

“Dave was a true renaissance man, a gentleman, leader and scholar,” Donovan said. “He made working in physics fun and, more importantly, professionally rewarding. Dave was well-known for many reasons. First and foremost, he was a professor. Teaching was job one to him. He would give all the time a student needed and help them in any way. He was always welcoming and patient; students weren't rushed out of his office. In his role as pre-med/pre-professional adviser, he provided countless campus visits, sometimes five to seven a day, even on nights and weekends. He was a true campus leader during his time at NMU.”

Lucas also coached youth athletic teams, was involved in the U.P. Regional Science Olympiad for three decades, and traveled across the U.P. to participate in a variety of K-12 science activities.

“Both of these Upper Peninsula natives—Kathleen of Kenton and David of Ironwood—demonstrated many of the characteristics that make the people of the U.P. so special and so strong,” said Robert Mahaney, NMU Board of Trustees chair. “An outstanding work ethic built around humility, the ability to connect with all people, and a lifelong integrity. Their U.P. upbringing and their time at Northern played a role in the success of their professional and personal endeavors.” 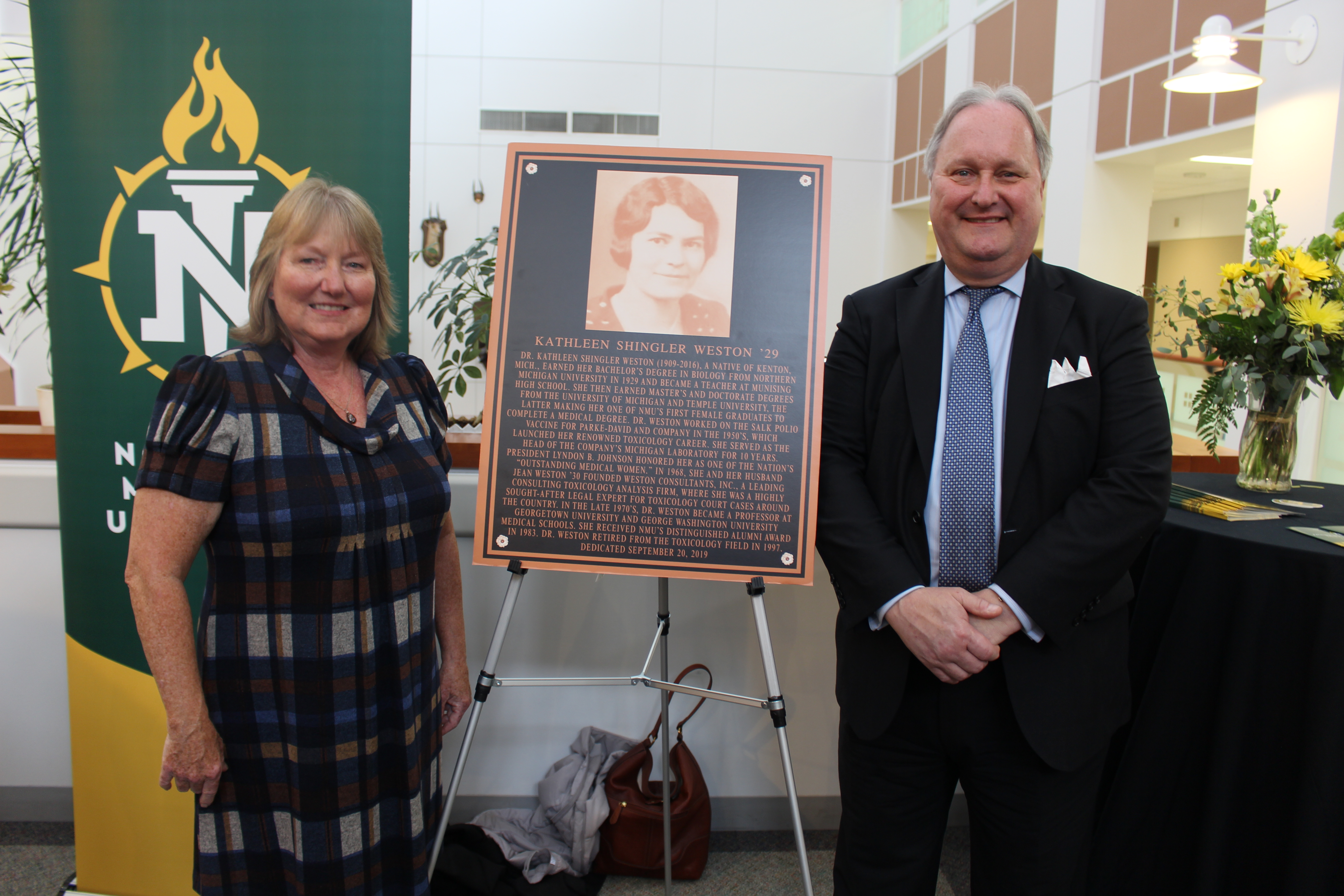 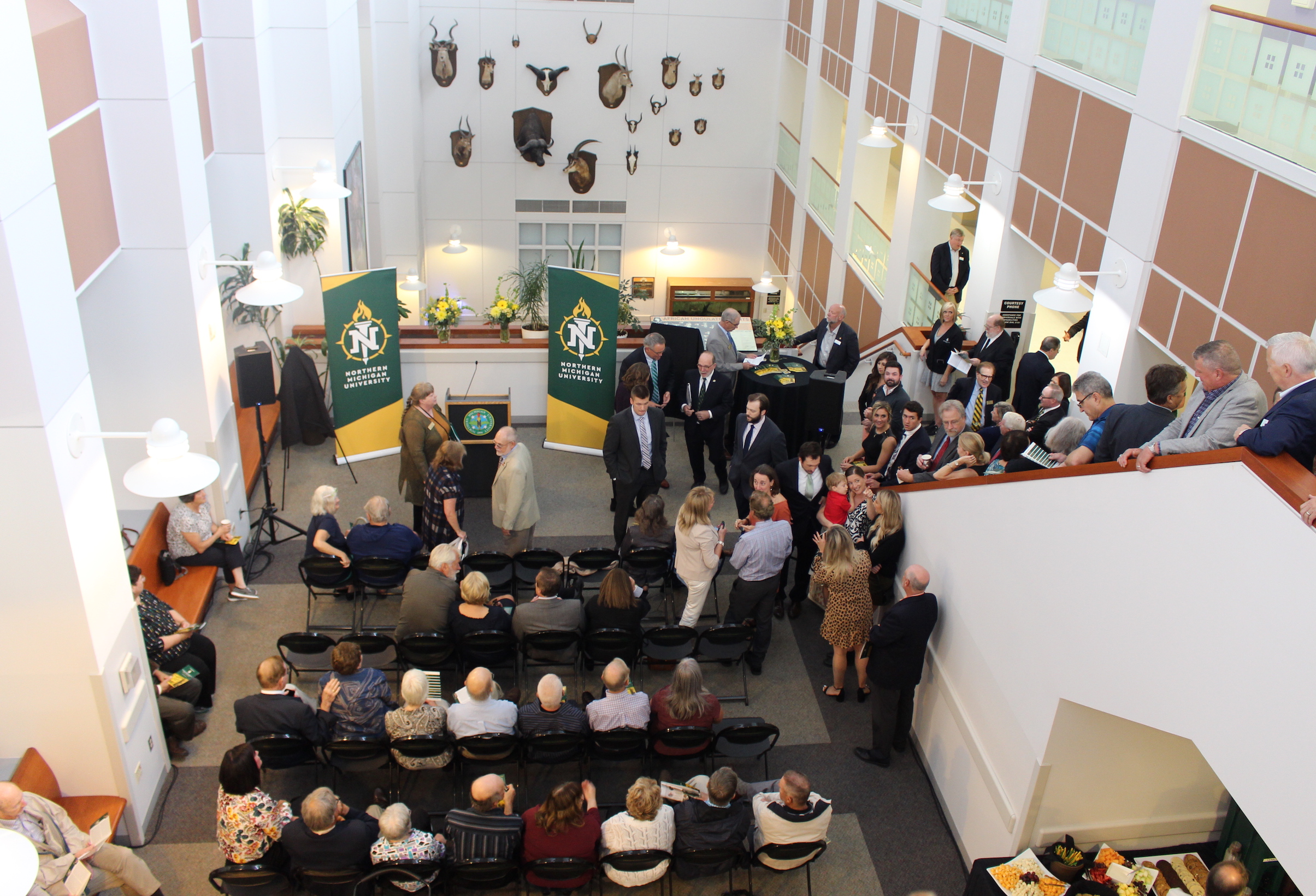 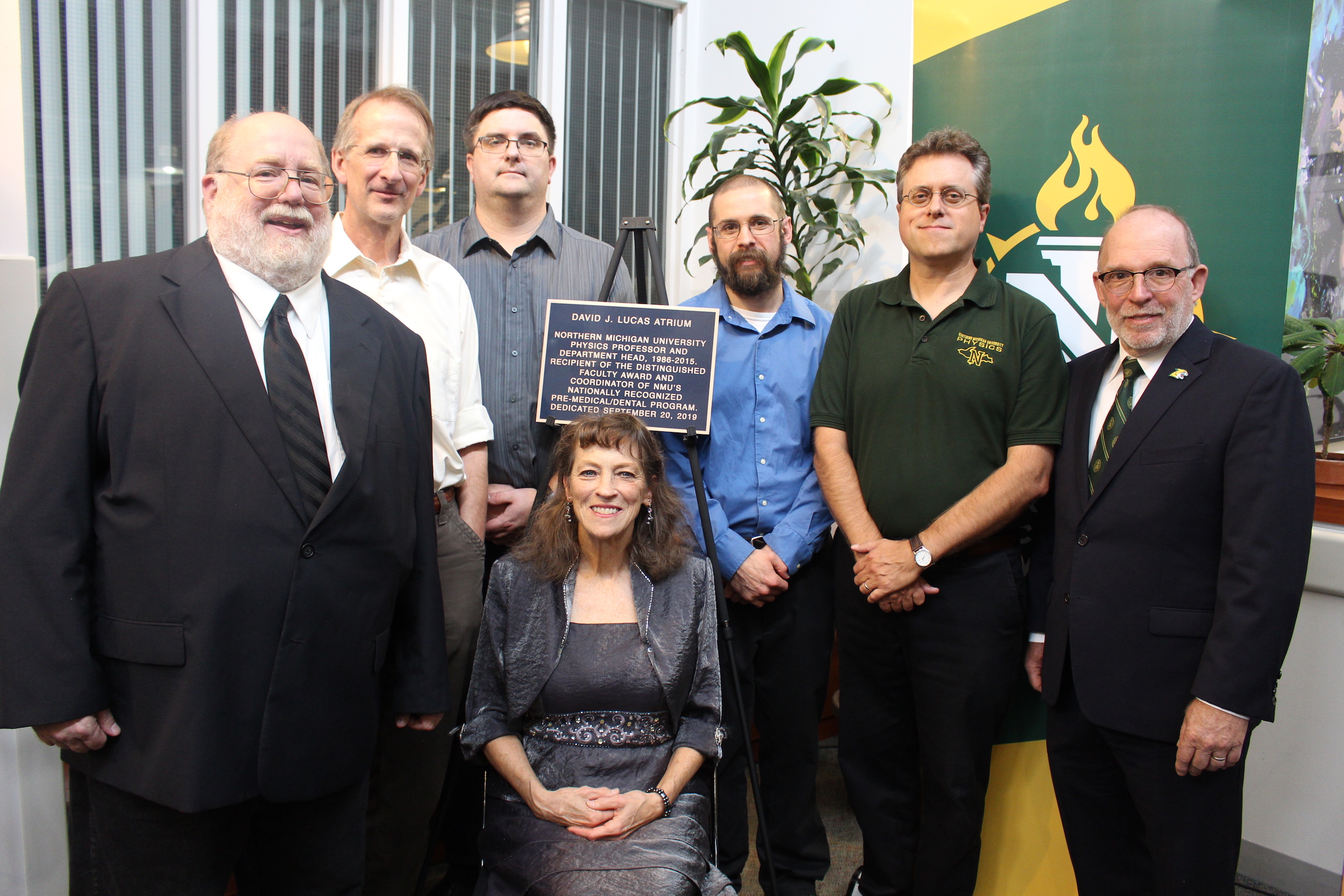