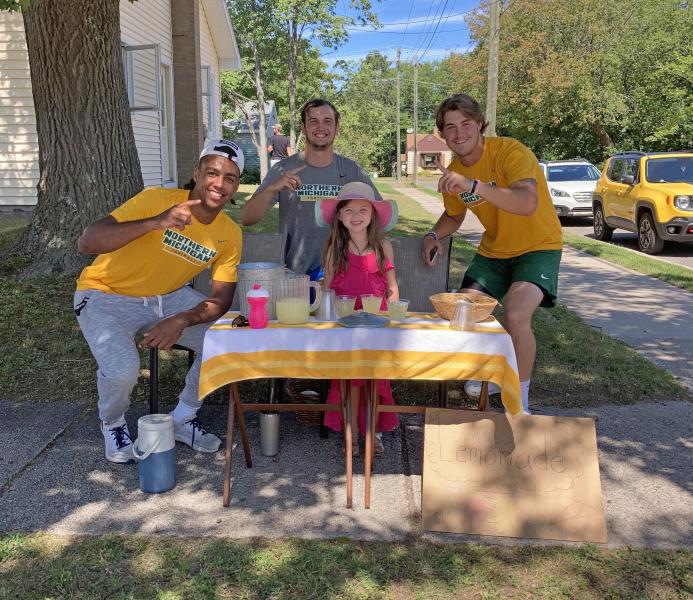 Millie with three of the Wildcat football players who bought lemonade.

When 5-year-old Millie Gauthier fulfilled her wish of setting up a lemonade stand at her grandparents' summer home in Marquette, not far from campus at the corner of Spruce and Albert Streets, two NMU football players were among her first customers. The Wildcats not only paid generously for the lemonade, which was available by donation; they also texted their teammates. More than a dozen players showed up, helping young Millie earn a whopping $117 in the one-hour window her stand was open.

“When the first two players came by, we said, ‘You guys look thirsty; we have some lemonade for you,'” said Didi Gauthier. “Then more members of the team started showing up and some were giving her $5, $10 and even $20 bills. I thought it was pretty sentimental of them to come out and donate. I was overwhelmed that young guys would think to do that.”

Millie had wanted to set up a lemonade stand at Didi and Tim's Connecticut home, but it is on a back road with too little traffic to make such a venture worthwhile. So Didi told her she could operate a stand in Marquette, where the family returns each summer. She never anticipated it would become so profitable with help from the Wildcats.

“Millie's too young to really understand how unique and significant this was,” Didi added. “We sorted and counted the money together and will be putting it in the bank for her college education.”

Hopefully Millie will choose NMU so she can someday join her family members as proud alumni. Didi graduated in 1988 with a master of arts in education degree. Tim earned his bachelor's in biology in 1983, and Ryan completed a bachelor's in construction management in 2007. 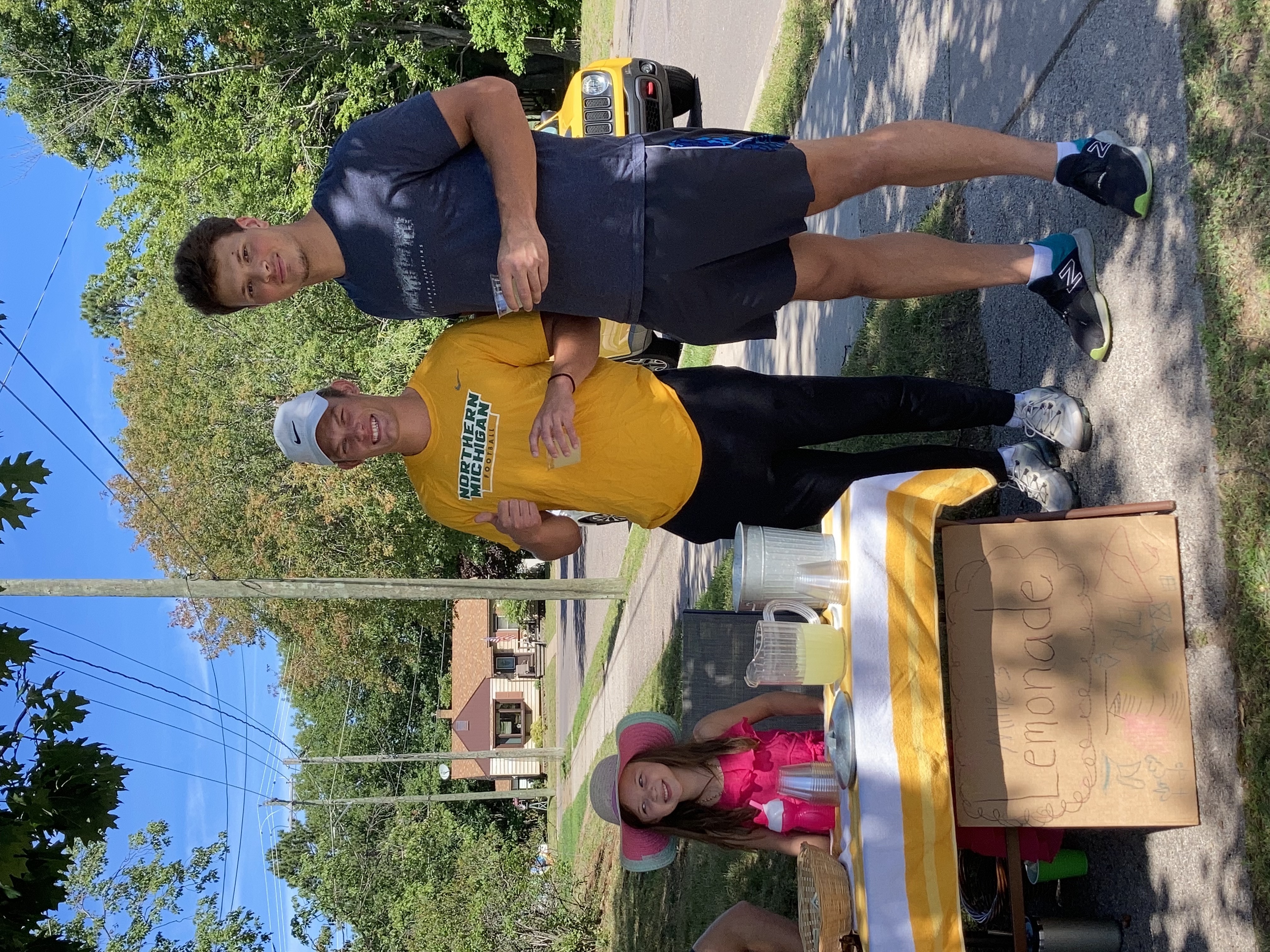