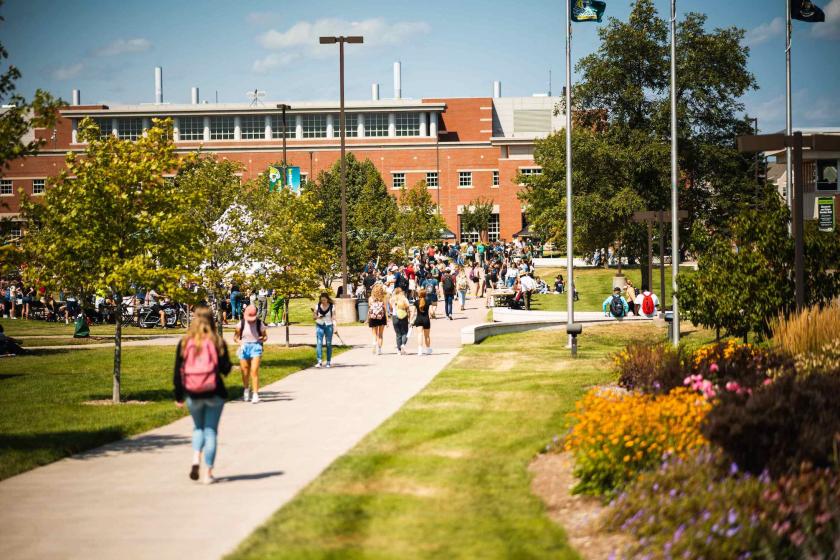 Northern Michigan University's incoming first-year students, along with the number of credit hours they are taking, both increased by more than 10% for only the second time since 2000, according to its 10th day enrollment report. NMU has also increased the total population served through its many learning options and its Educational Access Network, which delivers broadband to a number of previously underserved U.P. locations.

Despite highly favorable growth in the new class, total traditional headcount for undergraduate and graduate students is 7,214, a decrease of 154—or 2.1%—compared with last fall.

“In a number of different segments of the student body, we've made progress catching up on the losses we experienced during the COVID-related declines last year,” said Jason Nicholas, assistant provost and director for Institutional Research and Analysis. “I don't think anyone expected us to fully recover from last fall in a single year. The places we're seeing gains provide strong indications that we're moving in the right direction getting past this, but it will take a little longer to get back where we would like to be.”

Participation in Northern's Educational Access Network (EAN) is at 7,995, nearly 16% higher than last fall. Enrollment in other community learning programs is 1,898, up 2.6%. When combined with the traditional headcount, the total population Northern serves through its many learning options and EAN is 17,067, a 6.1% increase over last fall.