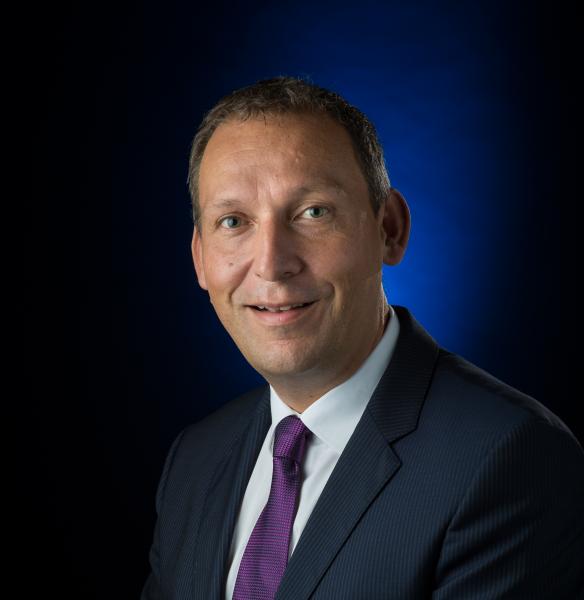 Northern Michigan University will present an honorary Doctor of Science degree to scientist Thomas Zurbuchen, the head of Science at NASA and former NMU trustee. He will also deliver the keynote address at the university's April 30 commencement.

“It is important to me to support institutions with a close tie to their communities,” said Zurbuchen, who grew up in a small mountain town in Switzerland. “I see such value in institutions of all sizes and I have so much respect for the way that NMU provides more than just education to this country.”

Zurbuchen brought a wealth of scientific research, engineering experience and hands-on knowledge to NASA. He was a keen observer of the natural world from an early age. His curiosity led him to earn both a master's and doctorate in physics from the University of Bern in Switzerland. He served as a professor of space science and aerospace engineering at the University of Michigan, Ann Arbor, and as founding director of UM's Center for Entrepreneurship at the College of Engineering.

In his role at NASA, where he has been since 2016, Zurbuchen sets the agency's science strategy and inspires the teams responsible for carrying it out. He believes one of the key ways to advance NASA's science missions is to build partnerships across disciplines as well as with industry and other nations—all in the name of generating new questions and helping to advance the frontiers of knowledge and exploration. As a first college graduate in his family, he is also committed to space education and expanding diversity and inclusion efforts among NASA's scientists and workforce.

While at NASA, he has been involved with science missions that range from studying the stars to learning more about our home planet. Most recently, he oversaw the Mars 2020 mission, which includes the Mars rover Perseverance and the Mars helicopter Ingenuity, exploring a region of the Red Planet that may hold evidence of previous microbial life. He also oversaw the final phases of construction, testing, and launch of the James Webb Space Telescope, which will answer fundamental questions about the origin of galaxies and stars, and also help to identify exoplanets surrounding other stars.

In September 2021, Asteroid No. 289116, discovered in 2004, was named Zurbuchen in honor of his lifetime of space-related scientific work by the WGSBN, an International Astronomical Union working group in charge of naming small planets and comets.

During his time in Ann Arbor, Zurbuchen was appointed by former Gov. Rick Snyder to the NMU Board of Trustees in 2013. He was instrumental in the approval of several innovative enrollment efforts, including new programs and state-of-the-art facility projects. He chaired the Academic Affairs Committee and was elected vice chair of the board before he had to step down to accept the post at NASA.

“I am excited to come back to the NMU as I sincerely enjoyed my time as a trustee of the university and as part of the entire community of Marquette and beyond. I have missed my trips to the beautiful UP and my friends there,” said Zurbuchen. “It is such an honor to receive this degree from an institution that I am so proud of and I am excited to be forever connected to NMU and the UP because of it.”

Over his career, Zurbuchen has authored or co-authored more than 200 articles in peer-reviewed journals on solar and heliospheric phenomena. His honors include multiple NASA ground achievement awards, induction as a member of the International Academy of Astronautics and the Swiss Academy of Engineering Sciences (SATW), a NASA Outstanding Leadership Medal, and a Presidential Rank Award for Distinguished Executives in 2022. He is known for engaging people worldwide with NASA's work and the inspiration of science and exploration.

NMU will present the honorary Doctor of Science degree to Zurbuchen in recognition of his outstanding contributions to science exploration, higher education and community service. Alumnus John W. Berry Jr. will also receive an honorary degree. Commencement begins at 10:30 a.m. Saturday, April 30, in the Superior Dome. It can be viewed regionally on WNMU-TV or streamed online at nmu.edu/commencement/.