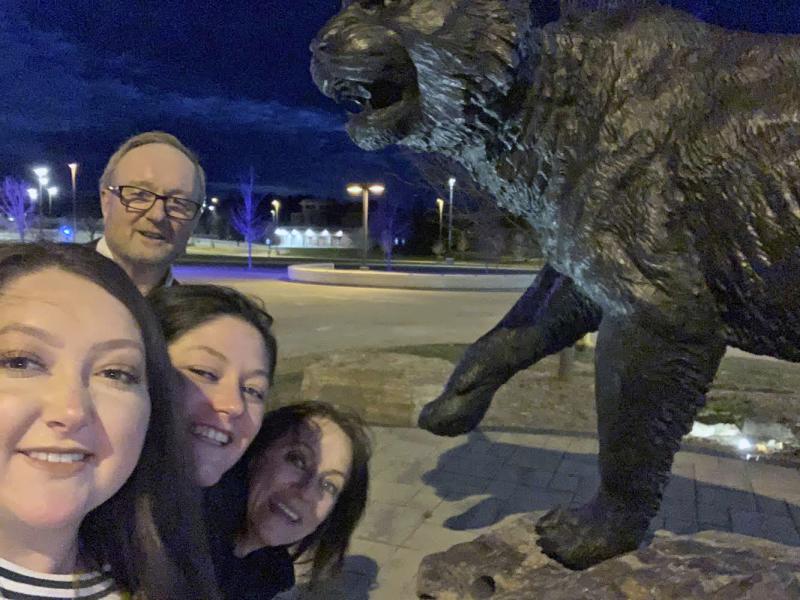 Steve Young has seen Northern Michigan University from two distinct perspectives: as a political science student and resident of Bedside Manor house on the first floor of the former Payne Hall in the mid-1970s; and as a 2019 governor's appointee to the NMU Board of Trustees, which he currently leads as chair.

“I had never been exposed to higher education on this level before my appointment, which I was so honored to receive,” Young said. “It's an amazing and totally different world with its own nomenclature and functions. The learning curve was steep at first, but it's been a great experience to gain a better understanding of Northern and higher education in general.”

Young also viewed the Michigan political landscape from two different vantage points, first working alongside senators, then advocating for their support as a lobbyist.

The Freeland, Mich. native recalls that his interest in government was sparked by a high school senior class trip to the Michigan State Capitol in Lansing. Young saw the legislative pages at work and said he thought that would be “cool to do,” so he successfully applied to serve as a page immediately after graduation. When the year-long stint ended and he decided to venture beyond lower Michigan for college, NMU was his top choice.

“My dad was a school superintendent and would travel to Northern to recruit teachers,” said Young, during an interview in Cohodas Hall prior to the most recent NMU board meeting. “He let me tag along on a visit when I was in 5th grade. While he was working, I just tooled around the campus on my own. I had so much fun and absolutely loved the place. Because I became familiar with Northern at a young age through that positive experience, when I was looking for a change years later, this is where I wanted to go.

“Coming up here, I immediately felt part of something unique and special. People can't relate to it unless they're here. It's like being part of a close-knit community, or a large extended family. I always liked politics and history, so I decided to major in political science. I enjoyed not only the academics, but the students, faculty and staff I met while I attended Northern.”

Professor Emeritus John Ashby helped Young secure an internship opportunity in the Lansing office of the late Republican Sen. Bob Young (no relation). When the senator's chief of staff was leaving and suggested the young intern assume his role, it proved to be a career-launching opportunity that Steve Young simply could not pass up. He left Northern shy of graduation, but completed his bachelor's degree in political science and economics at Michigan State University.

“The timing of the former chief of staff's departure was serendipitous for me,” Young said. “Bob Young was a great guy, mentor and friend. When my dad passed away in the late ‘70s, Bob became a surrogate dad to me. I suppose that's appropriate, since they both shared the same first name. Working in state or federal government, you really don't know where you'll end up. It's all about which doors open and when, and the choices you make of whether or not to walk through them.”

Connections made along the way are also beneficial. Young discovered this after seven years in the post, when he needed a new job following the senator's failed re-election bid. Former Gov. John Engler was starting his ascent up the political ranks at the time. He assisted Young in securing a position with newly elected Sen. Norm Shinkle.

After that role, Young served as manager of tax and regulatory affairs for the Michigan Chamber of Commerce. He then moved on to the lobbying firm Governmental Consultant Services Inc., where he eventually became owner and officer.

“No two days are ever the same in that business. It's always different and always a challenge because you need to work with people who don't agree with you, and change doesn't happen quickly. I'm proud that I was able to walk away knowing that I didn't do anything I couldn't explain to my two daughters. I was able to navigate some difficult situations with integrity and honesty, and our firm did a lot of good. There were some really great people I met through that work, and I thoroughly enjoyed it.”

Now that both he and his wife, Tricia, are retired, Young is looking forward to more travels together, both foreign and domestic. He said Japan has been his favorite international destination so far. The couple also enjoys watching live theater productions.

Young will continue to indulge in a passion that might catch some people by surprise: auto racing. He became a NASCAR fan when his firm represented Michigan International Speedway, and he has traveled to watch the Indy 500 for 30 consecutive years.

“I was able to get behind the wheel of a race car on one of my birthdays a while back. Trish gifted me a driving school at Las Vegas Motor Speedway. I got to do 14 laps; the first five with a car in front that we had to stay a certain distance behind and follow. We were going 155 miles per hour or so. You're so close to the ground, it feels like you're going a million miles an hour. It was really wild.”

When asked about the role models in his life, Young quickly responded by naming his parents above all others. He eagerly added he is grateful that his mother remains a part of his life; she is 97 and resides in Saginaw. Young said he tried to follow his parents' example in raising his own children. He is an extremely proud father of Jennifer and Stephanie, who live and work in Grand Rapids and Lansing, respectively. His daughters and Trish accompanied him to NMU in late April to watch him lead a board meeting and participate in commencement as a member of the platform party.

“I am really honored to be in the position I am with the university as board chair,” he said. “There are a lot of great people on campus, from students to faculty, staff and administrators. My goal is to leave the place better than when I came. That's all I want to do and hopefully we can accomplish that. I think we're making progress, doing exciting things. I'm pleased to be a part of it.” 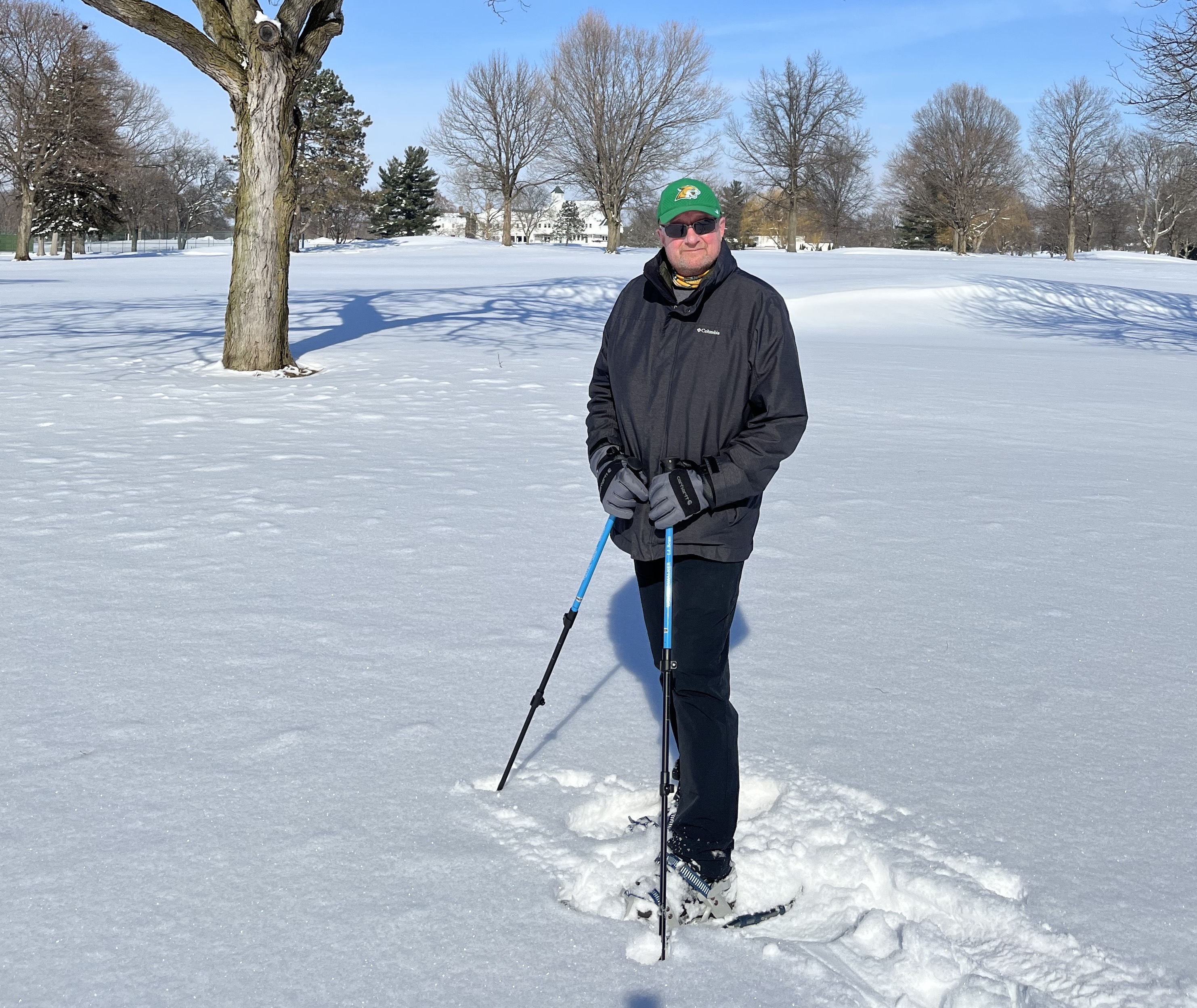 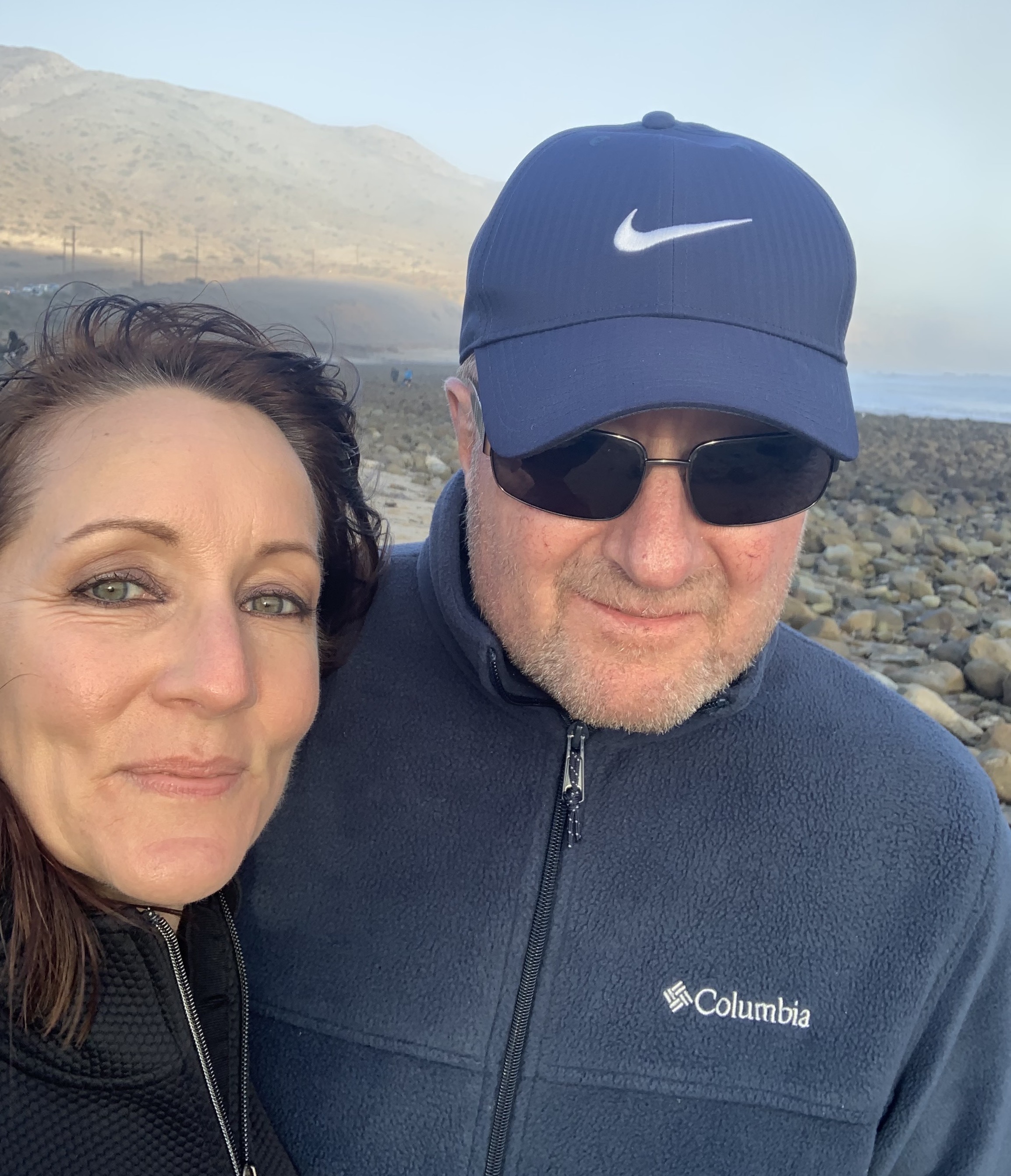 Tricia and Steve Young
Prepared By