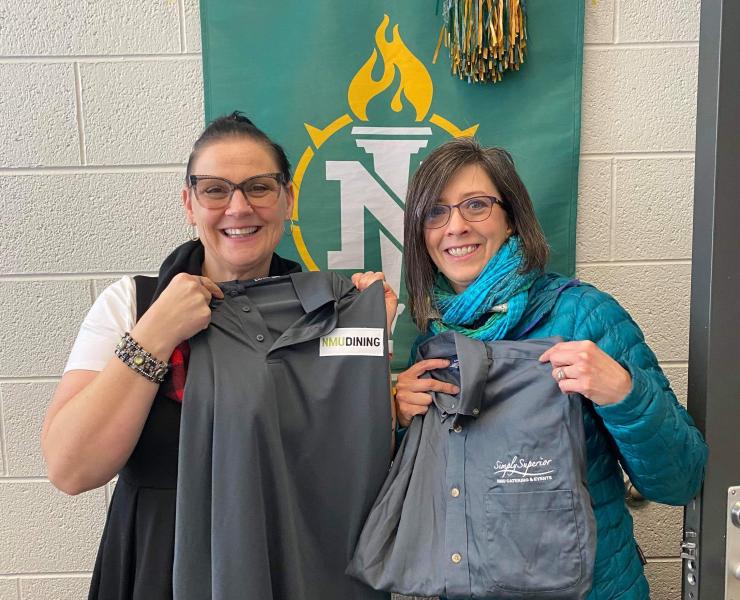 An NMU Dining Services employee's sustainable suggestion for putting a new name on existing uniforms, rather than disposing of them and buying a new inventory, will save the university money and be kinder to the environment. Theresa “T” Hamari (BS ‘99), manager of employment operations and training for NMU Dining Services, spearheaded the reuse effort.

“When we made the decision to change the name on our uniforms from Simply Superior to Northern Center, they were going to throw away the uniforms and I thought there had to be a better way,” said Hamari. “As an alumna, I am always going to look to save our college's money and we probably saved about $9,000 by making this decision.”

After presenting her co-workers with a handmade prototype—the original uniform with a paper Northern Center patch covering the original Simply Superior embroidery—the idea was approved and Hamari moved forward with the project. However, she did confront some obstacles.

“I reached out to a company to get the real patches made and when COVID-19 hit, I was unable to receive any since the patches were made overseas,” said Hamari. “But I contacted a different company that made patches here in the U.S. and was able to get them within a week. I'm very excited I had my department's support and we were able to use a USA company.”

Hamari used technology to put out a call to community members for help sewing on the patches. NMU alumna Michelle Gill (MPA ‘06) agreed to take on the project.

“My mom and mother-in-law, both former seamstresses, were very proud that I took on this job,” Gill wrote in an email. “At one point, I managed to sew 150 patches in one day. … I was thrilled with Theresa's idea, which promotes recycling, sustainability and local talent and has saved NMU thousands of dollars by not purchasing new uniforms. Thank you for the opportunity and thank you Theresa for doing what's right and saving money by doing so.”

Hamari said she felt that recycling the original Simply Superior uniforms fits with NMU's mission to be more “green.”

“NMU prides itself on sustainability,” said Hamari. “Hearing the students say how they are trying to be more sustainable, it just makes sense. It fits not only NMU's mission, but the mission and image of the modern college student.”

There is growing awareness of and research on the environmental hazards posed by the clothing industry. According to the World Economic Forum, fashion production has doubled since 2000. The industry makes up 10% of humanity's carbon emissions, dries up water sources, and pollutes rivers and streams. And because consumers are buying more clothes but keeping them for a shorter time, more textiles are ending up in landfills. 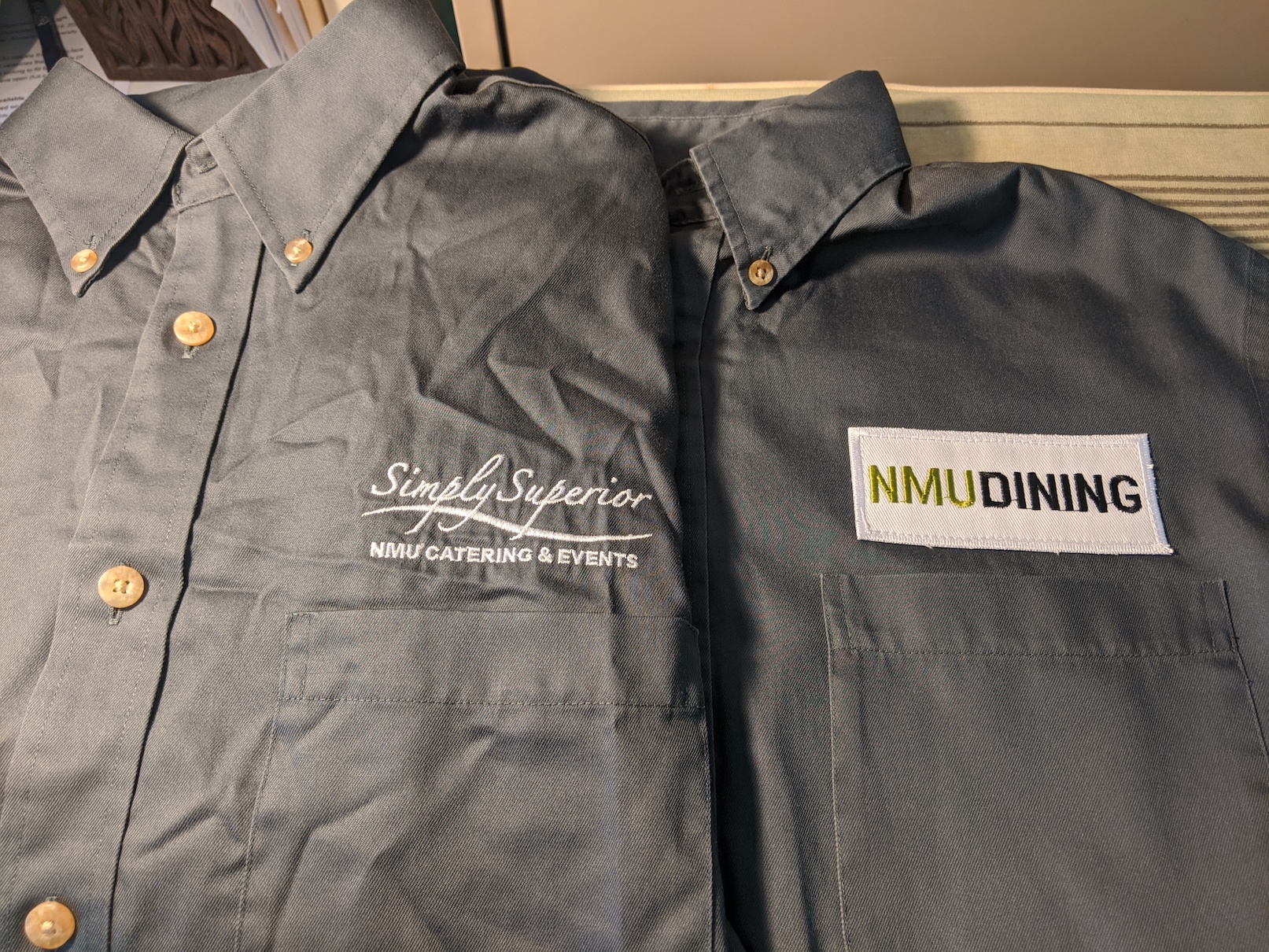 The old and new versions
Prepared By