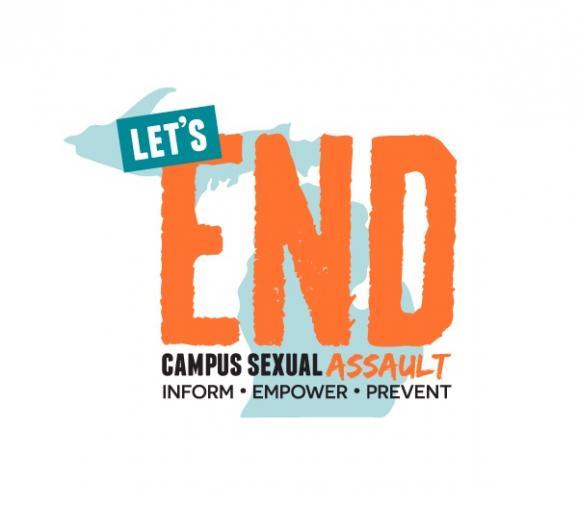 Northern Michigan University has received about $15,400 through the Michigan Campus Sexual Assault Grant Program to support an awareness campaign titled “Consent: Back to Basics.” The topic plays a pivotal role in sexual assault cases, yet student feedback obtained through an NMU survey supported by a previous program grant indicated that a number of students do not have a clear understanding of what constitutes consent.

NMU addresses the topic during orientation and through special events programming. The goal of the awareness campaign is to promote more deliberate, consistent dialogue related to consent throughout the year in the hope of increasing clarity and enhancing safety.

Organizers will convene a student focus group in January to help determine content for posters and stickers that will be distributed throughout the semester, and for a related newspaper ad. They will collaborate with the Center for Student Enrichment on a “Consent: Back to Basics” workshop, where “Silence Is Not Consent” t-shirts will be distributed. The workshop will be made available upon request to other campus groups.

The awareness campaign will continue during the fall 2019 semester. Additional posters and stickers will be distributed and a guest speaker will be brought to campus to address communication and healthy relationships.

According to the project narrative, another goal of the campaign is “to have more students respond affirmatively to the question, ‘Do NMU students know what consent means?’ than in the last grant cycle.”

Janet Koski, Title IX coordinator, and Mary Brundage, associate dean of students, will coordinate the implementation of NMU’s grant. Northern was among 22 state institutions to receive a share of the $1 million in funding awarded this year. The Campus Sexual Assault Grant Program was launched in 2015 by First Lady Sue Snyder. It is administered by the Michigan State Police and aims to change the overall culture of sexual assault among the college-age population, according to a press release.