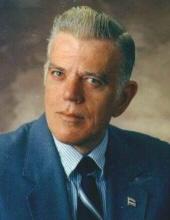 A tree-planting ceremony to honor the memory of longtime Northern Michigan University political science professor Bill Ball is scheduled from noon to 1 p.m. Tuesday, Aug. 20, in front of C.B. Hedgcock.

Ball died on Dec. 6. He had served three decades on the NMU faculty. In 1993, he was nominated for the NMU Distinguished Faculty Award, given the Excellence in Teaching Award and was recognized by the American Political Science Association as "one of America's outstanding political science teachers."

According to his obituary, Ball was well known as a conservative libertarian professor who took a Socratic approach, challenging his students to do more research on political science subjects and issues that interested them. He also promoted the importance of responsible citizenship and active political participation.

Almost every summer for more than 20 years, Ball taught classes in Thailand at Bangkok University. He also served as a consultant for several other schools in Thailand.

A Vietnam vet and Purple Heart recipient, Ball was also known for having marched and sat in jail with Dr. Martin Luther King in Birmingham, Ala., in 1963.