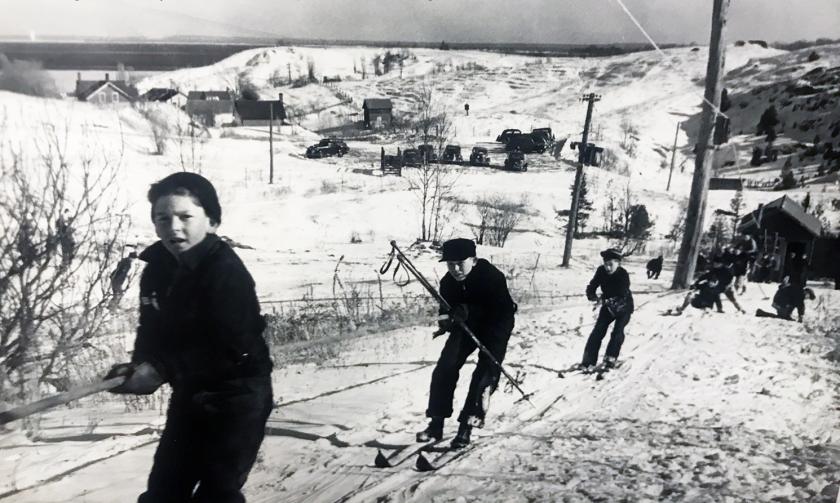 A new exhibition titled "It's All Downhill: Alpine Skiing in the U.P." will open at the Beaumier U.P. Heritage Center at Northern Michigan University on Saturday, Jan. 21. It focuses on the region's skiing roots introduced by Scandanavians and the Alpine ski hills that have operated across the U.P. for the past 80 years.

These include the 16 ski hills still operating across the U.P., such as the major ski resorts Indianhead and Big Powderhorn in Gogebic County, developed in the 1950s and '60s. Each section will tell the history of the ski area and some of the individuals who made ski hills what they are today. There will also be sections on U.S. Olympic Alpine and state champion skiers who grew up and trained on the U.P.'s ski hills, such as former U.S. Ski Team member Terry Ahola.

In addition, the exhibit will feature artifacts and memorabilia from ski resorts and NMU's Alpine program, vintage film footage of Cliff's Ridge, which is now Marquette, historical photographs and interactive video skiing games.