Alumna Among 'Young Conservationists to Watch' 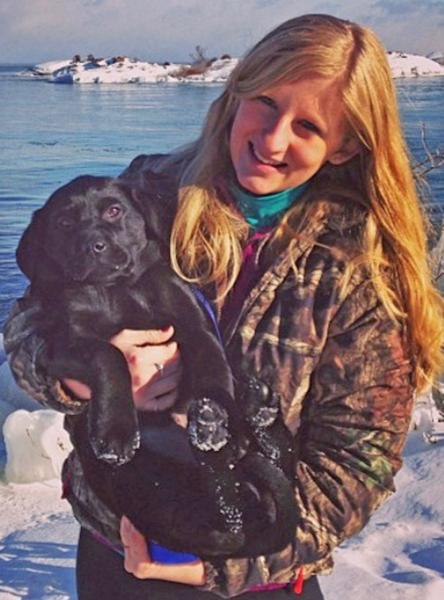 Dumke with one of her labs

According to Dumke's description, her interest in animals stems from her childhood, growing up on a hobby farm near Grand Rapids. At NMU, she studied wildlife management and worked for the U.S. Fish and Wildlife Service. Dumke interned with Ducks Unlimited in conservation policy before studying grassland birds while earning her master's degree from South Dakota State University.

“I've been with [Ducks Unlimited] four years,” she said. “I coordinate public land acquisitions, wetland and grassland restorations, shallow lake surveys and enhancements, public policy and waterfowl surveys. It's all part of my job, which I love.”

Dumke and her husband, Nick, have two labs and two French Brittany spaniels that they hunt with and train as competitors in hunt tests. The couple also enjoys hiking, camping and fishing.

“The young biologists, researchers, managers, conservation officers and others charged with protecting our lakes, rivers and lands are highly qualified and as impassioned in their work as any previous generation of Minnesota conservationists,” wrote Anderson in his column. “Stewards of fish, wildlife and open spaces, they energetically safeguard the state's most valuable assets — its natural resources. “