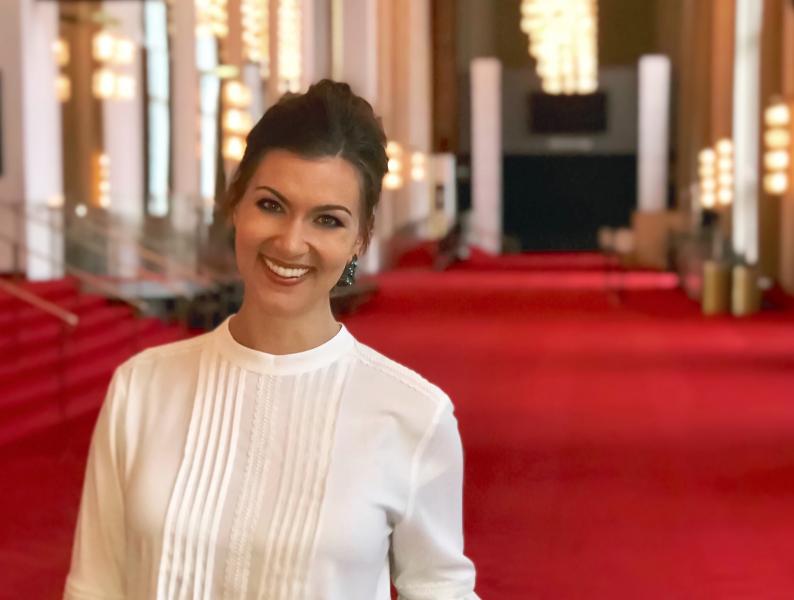 Beekman at the Kennedy Center

Northern Michigan University alumna Abbie Beekman ('16 BA) has advanced rapidly in a career that allows her to apply her double major in public relations and music at the nation's premier cultural and performance venue: the John F. Kennedy Center for the Performing Arts in Washington, D.C. After a recent promotion, she is helping to lead fundraising efforts for multiple programs and genres, including jazz, her favorite musical genre.

Beekman is assistant manager of designated campaigns on the Corporate and Foundation Relations team.

“This is a brand new fundraising area within the entire development department at the Kennedy Center; no position on my team had existed before,” said the Oconto, Wis., native. “They wanted to develop the Designated Campaigns team to strengthen current fundraising efforts and to innovate new strategies and partnerships to support genres and programs across the institution. I'm excited to help lead the charge on jazz because I love that style of music and that's where my heart is.”

Beekman played alto saxophone with the NMU Jazz Band, Jazz Combo and Saxophone Quartet. She was a vocalist with Lake Effect Show Choir, Arts Chorale, Madrigal Choir and University Choir. Shortly after serving as student soloist at commencement, she traveled to Washington, D.C., to begin a special events internship at the Kennedy Center. Beekman helped to plan high-profile televised ceremonies such as the Kennedy Center Honors and the Mark Twain Prize for American Humor.

“I also worked those events as they happened,” Beekman said. “At the opening celebration concert for the Smithsonian National Museum of African American History and Culture, I got to be a ‘seat filler.' When people go up on stage or leave their seats for any reason, they have people ready to fill them temporarily so when the camera shows the auditorium, there aren't any empty seats. I got to sit briefly in front of Tom Hanks and behind Will Smith. My mom saw me on TV. It's kind of fun to have rewarding moments like that because managing events can be hard work.”

The Kennedy Center is home to both the National Symphony Orchestra (NSO) and the Washington National Opera (WNO). When her internship ended, Beekman secured a full-time assistant position that revolved around the WNO and combined special events work with service as a liaison to the opera's board of trustees. She later rose to the rank of assistant manager in that role before assuming her new duties in corporate fundraising through her recent promotion.

Beekman said her PR courses at Northern, along with her vice president positions with the NMU Chapter of the Public Relations Student Society of America (PRSSA), have proved integral to her job. She writes proposals, grants and other materials, delivers presentations on programs and collaborates with the Kennedy Center PR and marketing departments. Her music background also helps Beekman promote jazz programming.

Outside of work, she is head coach of the Kennedy Center softball team, called “KC at Bat.” She has also returned to performing, as a singer and sax player with a swing band that most recently entertained veterans awaiting their Honor Flight from D.C. back home.

“It was one of the coolest performances I've ever been a part of,” she said. “Seeing those veterans get up and dance to their favorite swing tunes, or move as best they could in their chairs, was so special. It brought me to tears and brought all of us immense joy. My grandfather and dad were vets, too, so it really hit home for me. We're doing a few more performances this summer.”

Beekman credits NMU's “high-caliber” professors for their effective guidance. Through mentor Erin Colwitz of music, she was put in touch with someone who completed a fellowship at the Kennedy Center and told Beekman about the internship program.

“Jes Thompson of [Communication and Performance Studies] also taught me so much. When we talked about what I wanted to do specifically—combine PR and music—she told me, ‘You may not go on a traditional trajectory with that, but when you find a job that's the right fit, you'll know it.' Now I see what she meant. I didn't set out to work in fundraising. Like many of my colleagues, I stumbled into it after learning more about it, getting my feet wet in that area and realizing one of my strengths is building relationships with people.”

Beekman lives in the U.S. capital with her partner, NMU alumnus Andrew Salley ('14 BS in environmental studies and sustainability). He is an instrumentation technician at EnTech Engineering PC. The company is working on a massive tunnel project for DC Water to control combined sewer overflows into the District's waterways. The infrastructure and support program is designed to capture and clean wastewater during rainfalls, before it reaches rivers. 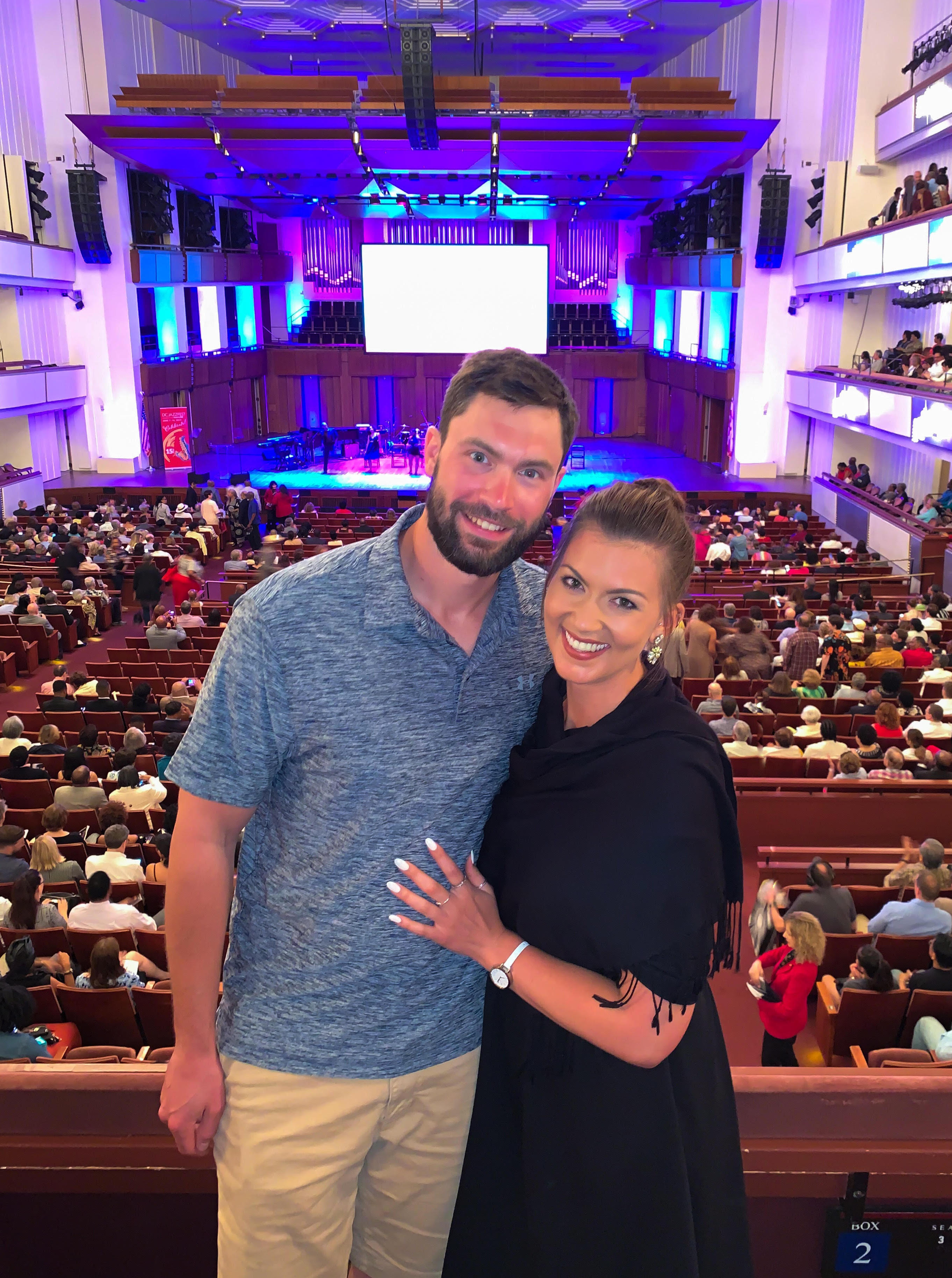 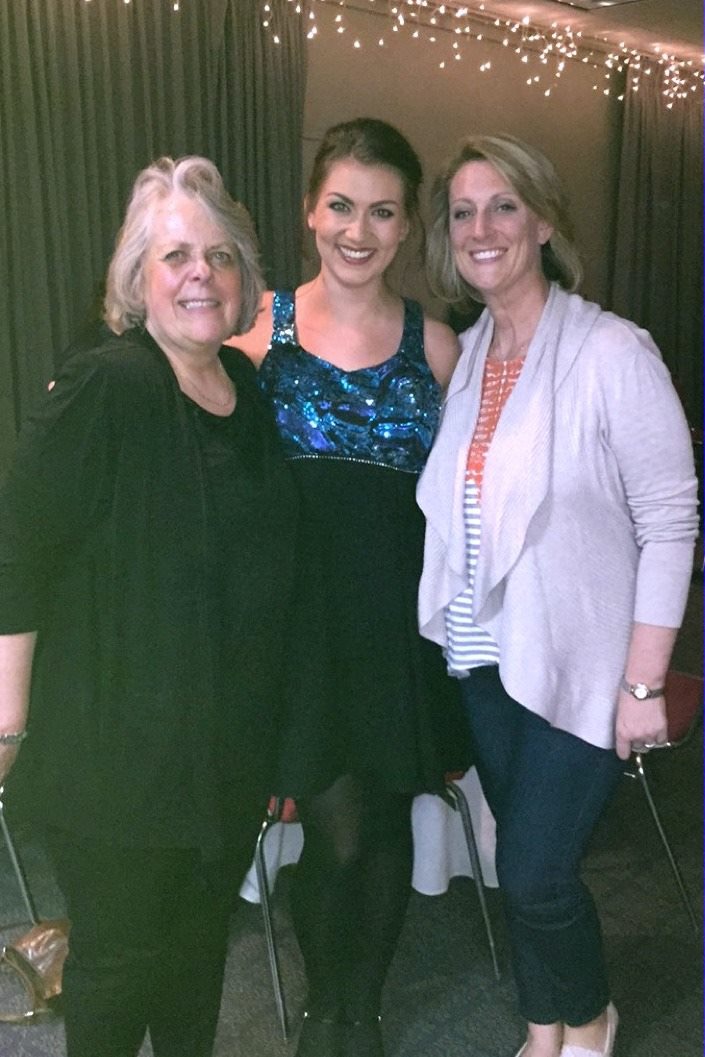