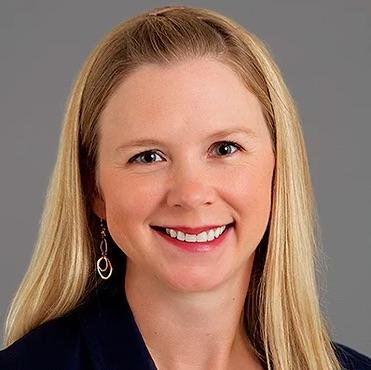 NMU alumna Melissa (Missie) Holmquist, president and CEO of Upper Peninsula Health Plan (UPHP) in Marquette, has been appointed secretary of the Medicaid Health Plans Board of Directors. She is also one of Crain's Detroit Business' 2020 Notable Women in Health.

“I accepted the board secretary position, mainly because I wanted to make sure the voice of smaller health plans is heard,” Holmquist said. “It's important to consider the rural perspective when looking at initiatives and various legislation because it can differ from urban areas. Transportation issues are a big factor for us. And related to that, so is telemedicine. We also share similarities with urban areas, like food deserts. We're seeing grocery stores closing across rural America.”

Holmquist began working at UPHP after her 2002 graduation from NMU with a bachelor's degree in psychology. She continued while completing a master's in education-school counseling. She exemplifies a climb-the-ladder success story. Initially starting as a receptionist, Holmquist was promoted to positions in claims, utilization management, operations and government programs. She was appointed chief operations officer prior to assuming the role of president and CEO in 2018.

“I've been fortunate, but I've also worked very hard,” she said. “My experience in a number of departments here has given me a good understanding of time frames, legislation and how all of that impacts us as a company. I've always enjoyed the challenge of interacting with legislators who may not fully understand how health care works and advocating on behalf of our mission and members.”

Crain's Detroit Business selected its 2020 Notable Women in Health based on career accomplishments, involvement in nonprofits and community organizations, and evidence that they mentor others in their field. Holmquist's description in the magazine reads, in part:

“With Holmquist at the helm, UPHP has implemented the Healthy Michigan Plan, which provides health coverage to nearly 16,000 UP residents; launched the Connected Communities for Health initiative to connect residents with local resources to help them meet basic needs; piloted a remote patient monitoring program to help keep patients out of the ER; and expanded the transportation department to get members to and from doctor's appointments.”

A psychology major might not seem closely related to her career, but Holmquist said it helped her gain insight on people and translates extremely well to a professional environment. She also appreciated the increased access students have to professors at NMU, compared with larger institutions.

According to its website, UPHP is a managed care and provider service organization that has been serving residents of the Upper Peninsula for more than 20 years. It was established with six employees and 1,900 enrolled members, but has grown to more than 150 employees and nearly 50,000 members.