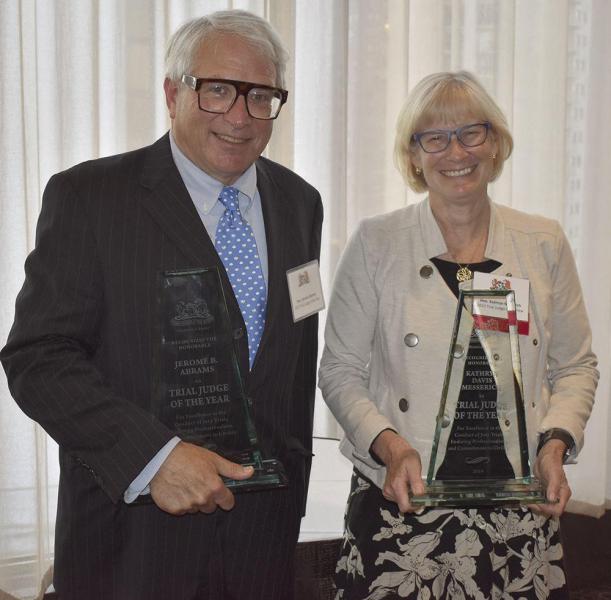 Messerich (right) and Abrams with their awards

First Judicial District Chief Judge Kathryn Davis Messerich ('79 BSN) of Hastings, Minn., received a 2019 Trial Judge of the Year Award from the American Board of Trial Advocates at its recent annual meeting.

According to a press release, ABOTA is an organization of experienced and ethical trial lawyers whose mission is to preserve the right to a civil jury trial guaranteed by the 7th Amendment to the U.S. Constitution, and to elevate the standards of integrity, honor, ethics, civility and courtesy in the legal profession.

“I am humbled by this honor and thrilled to have received it at the same time as my colleague, Judge [Jerome B.] Abrams,” said Messerich in the release.

Messerich was appointed to serve on the First Judicial District bench in 2004. Her first term as chief judge began on July 1, 2017, and her second term began on July 1. Before serving as a judge, she spent 17 years in private practice as a civil trial lawyer.

Messerich's and Abrams' chambers are located in the Dakota County Judicial Center in Hastings.