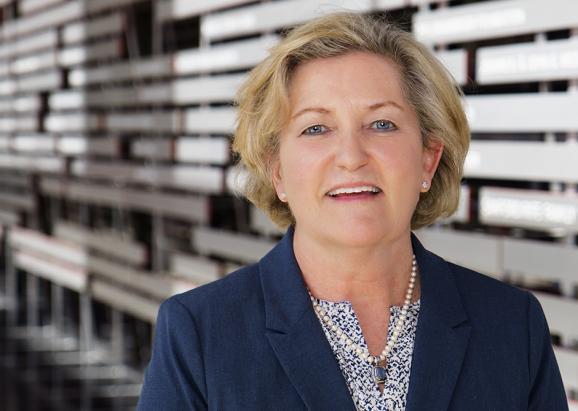 Mary Nash ('74 BSN) has announced her plans to retire in October after 43 years in nursing. She serves as chief nursing and patient care services officer for The Ohio State University Wexner Medical Center and also associate vice president for health sciences and assistant dean for clinical affairs at the OSU College of Nursing.

"A highly respected nurse executive, Mary has been a nursing leader for the past 30 years," said David McQuaid, COO of the medical center, in an announcement to faculty and staff. "Here at Ohio State, she is responsible for the nursing practice of our more than 5,000 Health System nurses and ancillary staff. With Mary’s leadership and guidance, nursing has thrived and grown in terms of size, quality and prestige.

"Mary has been a certified Magnet® appraiser since the beginning of the Magnet Program Designation in 1995, reviewing more than 30 Magnet hospitals in the United States and internationally. This experience led her to develop a system-wide approach for Magnet designation here that resulted in two of our hospitals (University Hospital and Ross Heart Hospital) achieving Magnet® status and Magnet® redesignation – a first in central Ohio."

Among Nash's other accomplishments cited by McQuaid are the successful rollout of the IHIS EMR among the nursing staff, establishment of the Patient Experience Council, creation of the first ambulatory associate chief nursing officer, leadership in creating Ohio State’s top-ranked RN to BSN program and a "relentless" focus on the importance of having a highly trained nursing staff. He said 77 percent of the medical center nurses have a BSN degree or higher, a figure that has significantly increased since Nash’s arrival.

"Mary is recognized internationally as an expert in nursing administration," McQuaid added. "She was inducted into the American Academy of Nursing, one of nursing’s highest honors. She has represented Ohio State as a speaker internationally, most recently in Ireland and China. She is an elected fellow in the American Academy of Nursing and a fellow in the American College of Healthcare Executives. Mary has made her impact on health care locally and has been honored for it by the Columbus Women’s Book and with a Columbus Business First Health Care Hero Award (Manager)."