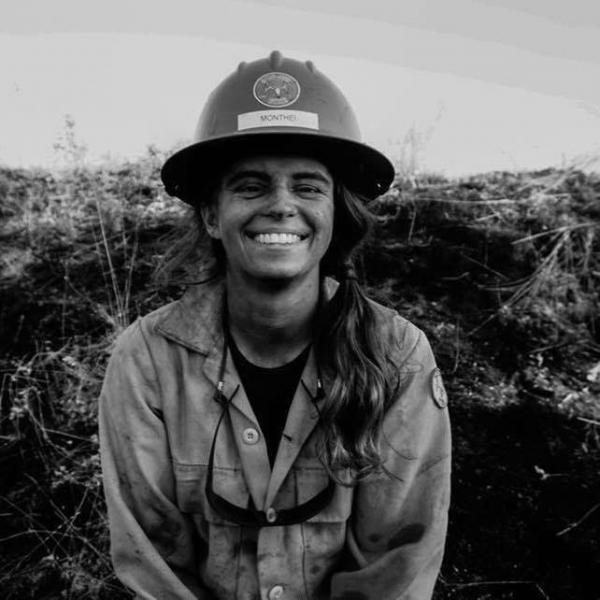 Monthei has worked four summer fire seasons, including two as part of an elite hotshot crew.

NMU alumna Amanda Monthei wrote an article that was featured in a recent Patagonia catalog. Monthei wrote about the intersection of her two passions: firefighting and fly-fishing. Her article specifically addresses how high-intensity wildfires are affecting native and non-native fish populations, such as cutthroat and rainbow trout in the Southwest.

“Patagonia has a huge audience and I was immensely grateful to be able to share some of the knowledge I've acquired,” said Monthei. “I'm always excited to see a byline in print, and this is certainly my most exciting to date.”

Monthei's career is also an intersection—of two diverse fields she pursued as an NMU student. She graduated in 2013 with a bachelor's degree in English writing-nonfiction. Monthei returned two years later to take wildland firefighting classes, which helped her land a job with the U.S. Forest Service. She spends her summers in firefighter mode and winters as a freelance writer, often focusing on the social and environmental impacts of the wildfires that are becoming the norm in the West.

The freelance assignment for Patagonia was an extended effort, as Monthei spent about eight months in contact with the editors of the catalog. Her research for the article stemmed from her response to Utah's Dollar Ridge Fire in 2018, where she and her crew witnessed firsthand the effect that a high-intensity, drought-driven wildfire can have on a river.

“After we left the river, I couldn't get the image of that decimated river canyon out of my head, so I decided to start writing about it.” said Monthei.

Shortly after the Dollar Ridge Fire, Monthei began researching and speaking to experts in the field. She quickly learned that this topic was not getting the attention it needed in larger publications, so she decided to change that.

While at NMU, Monthei wrote for The North Wind, where she learned much of her journalistic skills in the newsroom with help from former adviser Kristy Basolo-Malmsten.  She also credits former assistant professor Josh MacIvor-Andersen for being highly influential early in her writing career.

“The creative nonfiction program while I was there was amazing,” said Monthei. “I can't speak highly enough of NMU. I run into NMU people out on the West Coast all the time and it's always such a pleasure recounting our experiences there.”

In the summer of her junior year, Monthei secured a summer internship at The Ski Journal in Bellingham, Wash. She has lived in Bellingham in the winters between fire seasons and will stay there this summer to pursue writing projects on a break from firefighting. Monthei contributes stories regularly to both The Ski Journal and it's sister publication, The Flyfish Journal and worked a stint as an assistant editor for them in 2017 and 2018.

“I found out I wasn't cut out for a staff position on a magazine just yet, mostly because I was obsessed with fire and it's pretty hard to maintain a staff career when you're in the woods for six months a year.”

Monthei said winters are very conducive to writing, as she recharges between fire seasons. Aside from fishing, her outdoor hobbies include skiing, hiking and mountain biking—all of which she participated in while attending NMU. 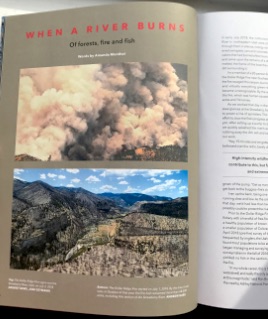 Monthei's article in the Patagonia catalog
Prepared By