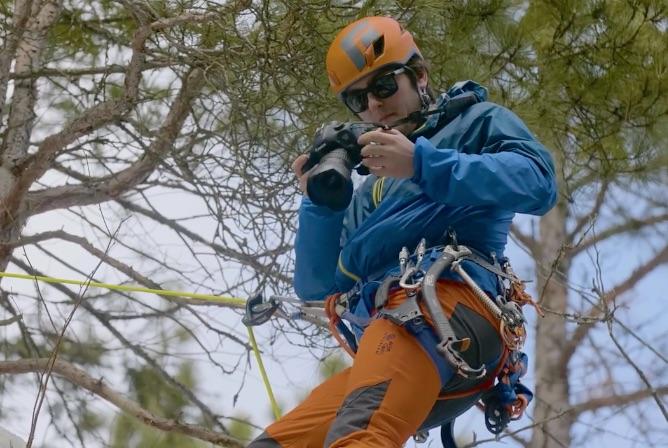 NMU alumnus Scott Crady ('19 BA) is taking his degree to new heights ... literally. He spends his days in the mountains of Colorado providing photo and video services for Red Bull and Adidas. Crady captures sponsored professional climbers such as Sasha DiGiulian (Red Bull) and Molly Mitchell (Adidas) while they're in their element.

“About 90% of the job is being in the mountain space with the athletes.” said Crady. “The biggest thing is keeping up with them when we climb. I have to stay above or ahead of them and not get in their way.”

Crady has to be skillful in what he's tasked to do, but also physically fit and active. He became part of the climbing community in Marquette while attending NMU, which proved helpful to his current vocation. So did his role as the on-campus Red Bull Brand Ambassador, which allowed him to establish a connection to the brand. Crady lives in Boulder, working as both a freelancer and for a mountaineering gear shop.

An ice climbing image Crady took while attending NMU was featured prominently in Outside Magazine's "The Best Adventure Photography of 2017." His work has also been published in National Geographic and other publications. Freelance clients have included sportswear companies Columbia and Arcteryx.

Crady earned a degree in digital cinema from NMU. He worked on campus as a photographer and videographer for NMU Marketing and Communications. He credits NMU mentors Mike Forester, senior creative services director, and Josh LeClair, former NMU photographer, for teaching him how to think differently about the work he shoots and creates.

“I made connections at NMU that gave me confidence, especially in my art,” said Crady. "It's hard to price yourself accordingly and see value in your own work, and once you see it, others will too. They taught me that the number one thing you need to be is reliable. If someone calls, you better answer. They also taught me how to push myself to always do better.”

Crady has been doing just that since he left NMU. A recent trip to El Salvador was an attempt at self-progression and a step in the direction toward humanitarian and documentary-style photography. Crady challenged himself in a new way that forced him to perform differently in order to create and capture usable content.

“I was in one of the most dangerous places in the world, where there was little to no English and gang violence all around.” explained Crady. "I had to jump out of my comfort zone to produce what I needed. It's not easy to take a picture of a security guard with a gun. We don't realize how sheltered we are. It was a step towards broadening my perspective.”

In addition, Crady said El Salvador lacks the infrastructure of a developed nation, which results in minimal recycling.

“An underlying theme of this trip was the plastic crisis," he said. "The plastic on the beach would light up like diamonds at sunset. This presented the opportunity to shed light on the environmental impacts of human activity."

Crady's end career goal is to be a regular contributor to National Geographic.

“Overall, I want to be able to help tell other people's stories and shed light on content that needs unbiased storytelling. You're the one who can bring back an image to show what it really was and do your subject justice.”

To view more of Crady's photography and videography, visit his website at https://www.scottcrady.com/index. 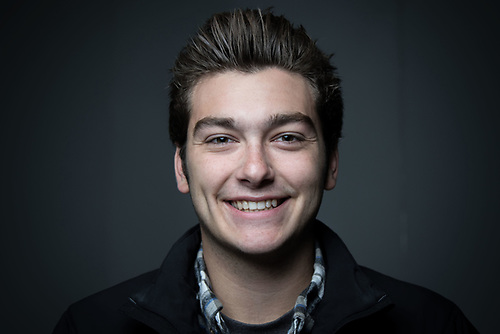