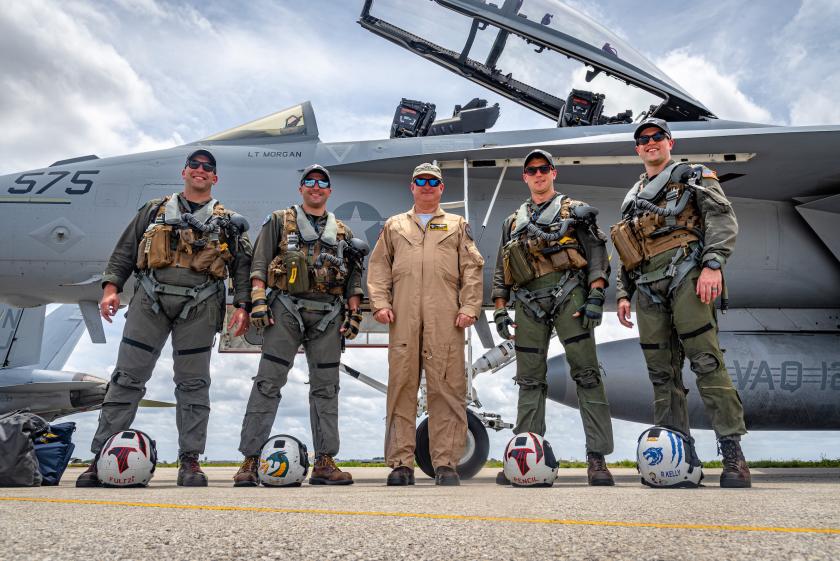 The long-awaited sequel to Top Gun has hit movie theaters, treating viewers to another round of visually engaging and intense flying sequences. NMU alumnus and U.S. Navy Lt. Zach Fini put his media production degree to use creating videos that project a similar feel, but in an authentic context depicting actual Navy Growler pilots, not actors. Assembling live footage from jet cockpits and the flight deck, along with musical backdrops, he produced some of YouTube's most popular Navy cruise videos.

“The moment the guys in my fleet squadron found out I was a media production major in college, I instantly became ‘the movie guy' and was talked into making all of our cruise videos,” said Fini, whose call sign is “DirJ,” short for Dirty Jersey, a reference to his home state.

“I grew up watching similar cruise videos and found them to be inspirational. Hopefully mine have had the same effect on others. I continued to use techniques I learned in my audio and video production classes at Northern when I did this work, but I'm taking a break from it because there are plenty of other people in the community making cool videos. I'm looking forward to this year's Growler Ball video, which will be made by one of our more junior instructors.”

Fini has five videos to his credit on YouTube. The content has been well received by both the public and his squadmates. His Growler Ball 2020 piece has proved most popular, generating more than 1 million views, while his most recent was Growler Ball 2021. When he was not strapped into the rear cockpit of an EA-18G Growler, Fini sometimes spent up to three hours a day editing footage sent to him by fellow pilots.

The short video chronicles were designed to encapsulate the sights, sounds and experiences of pilots during deployment on aircraft carriers. All of them were scrutinized to protect operational security and to ensure that they had entertainment value.

During his time at Northern, Fini was a member of the Wildcat football team. He said that prepared him for his career in a number of ways.

“Playing football taught me how to take on a leadership role, as well as the humility of being a part of something larger than myself. My teammates and coaches were, and continue to be, some of the most supportive people in my life. And my experiences at Northern helped me develop a thick skin and a sense of humor about myself, which would pay dividends in flight school and throughout my Navy career. I still jokingly brag about the fact that we didn't have ice tubs in the training room, because we had the world's biggest ice tub in Lake Superior right outside.”

Fini graduated with a media production major and communications minor in 2010. He credits NMU for helping him to emerge from his “bubble.” He had lived in New Jersey his entire life until he transferred to Northern in 2009.

“Starting fresh in a new environment set me up for success in the Navy in terms of keeping an open mind, meeting new people, and getting out of my comfort zone. Even my academic adviser, Dr. Mark Shevy, continues to stay in touch and send his encouragement.”

Fini said that he is still flying and is an instructor training new Growler pilots and electronic warfare officers, but he resigned from active duty in September of 2021 after about nine years. He is now in the U.S. Navy Reserve. 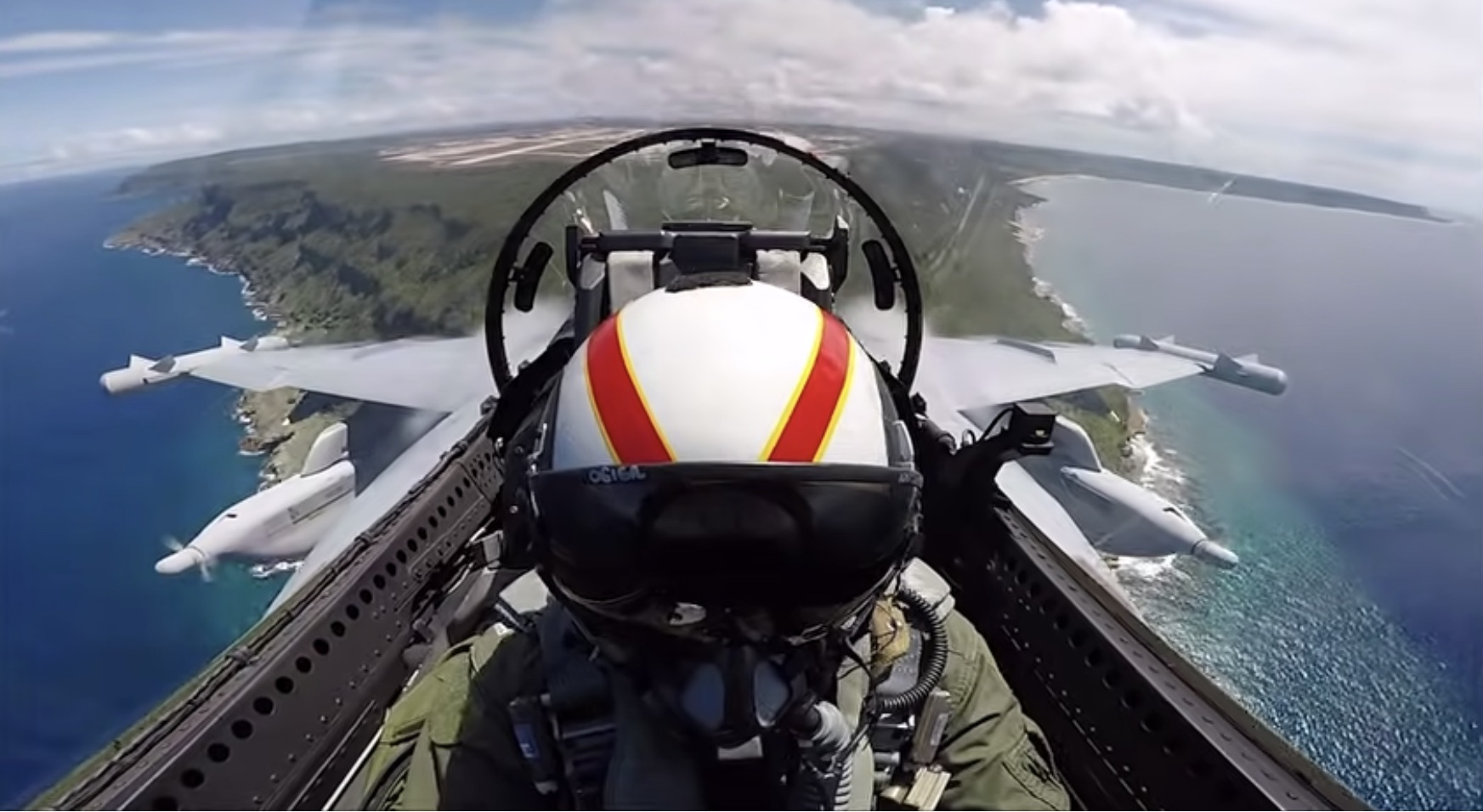 Still image from one of Fini's Growler Ball videos
Prepared By