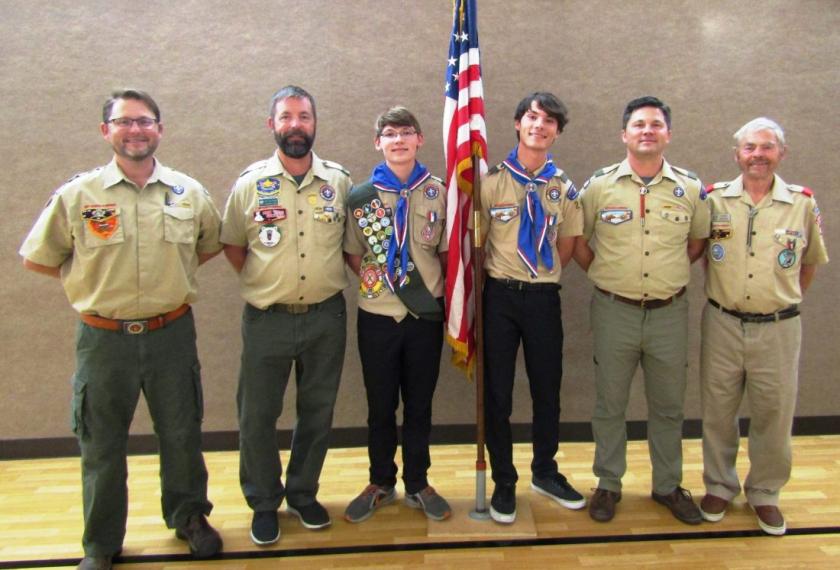 Northern Michigan University alumnus Al Salmi of Rapid River recently delivered the "Eagle Charge" to two of his grandsons, as they became the eighth and ninth Eagle Scouts in the family during a double awards ceremony in Minnesota. Salmi earned his award from Marquette Troop 359 in 1963, while attending NMU. He graduated with a bachelor's degree in 1965 and a master's in 1967.

Most of Salmi's previous rank advancement leading up to his Eagle Scout distinction took place at his home Troop 489 in Rock. Read an Escanaba Press story on the family's related achievements here.