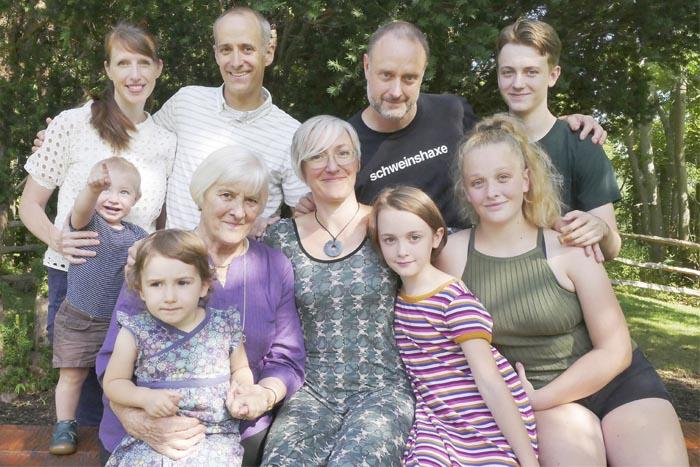 Mark Ruoff, second from left in back, with his family (Lauren Thomas photo)

NMU alumnus Mark Ruoff ('97 BA) is featured in a media story on a German restaurant, Mountain Brauhaus, which three generations of his family have owned and operated since 1955 in Gardiner, N.Y.

Ruoff was a world-class biathlete who chose NMU because its U.S. Olympic Training Site had a program in the sport. According to the article, he earned a degree in international studies while competing at national and world junior championships, along with two Olympic trials. He has continued that passion as “the prime mover” behind the Shawangunk Nordic Ski Association.

As his father approached retirement from the restaurant and contemplated its sale, Ruoff decided to keep it in the family for a third generation and assumed ownership with his sister and brother-in-law (his wife joined more recently).