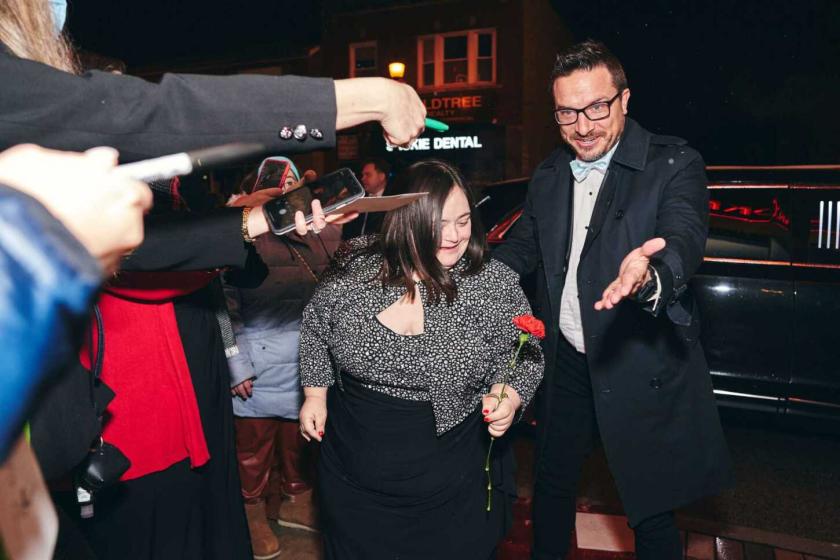 NMU theater alumnus and Marquette native Orion Couling has been profiled by pridesource.com for creating short fan films inspired by “Lord of the Rings” and “Star Wars” that portray differently abled people as heroic protagonists. He recently walked the red carpet alongside four actors with Down syndrome to celebrate the world premiere of his second project, “Gemseeker.” His first film, “No Easy Target,” was about a colony that welcomes people of all abilities and proves their worth to a violent and dismissive First Order commander.

Couling earned his bachelor's degree from NMU in 2002. In the article, he referenced his alma mater in explaining how he started making films featuring actors with intellectual and physical disabilities.

“I graduated from Northern Michigan University with a degree in theater and became a stage combat instructor and a coach for elite gymnastics teams. I longed to make more of a difference,” he said. “I'd taught theater in prisons and youth facilities, and I wanted to work with communities that weren't being represented. As a children's theater director in a Chicago suburb, I met Sandy Pazerunas, who has a daughter with Down syndrome; they're part of UPS for DownS (United Parent Support for Down Syndrome). We began working together, and this community became my community.”