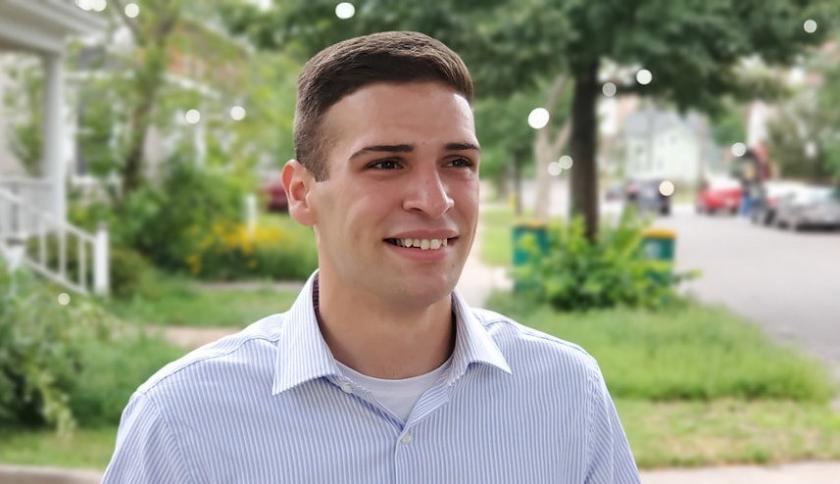 NMU alumnus Cody Mayer became Marquette's youngest mayor, at 25, when he was elected by fellow commissioners and sworn in at Monday night's meeting. He is also the first tribal member to serve on the City Commission. The former ASNMU president earned a bachelor's degree in public administration from Northern in August 2020.

“I plan on approaching the role in a really fair manner as far as interacting with colleagues, staff and community members,” Mayer said during a phone interview. “I will also try to be transparent and remain active while in the role. It's helpful that I have two phenomenal former mayors—Jenna Smith and Fred Stonehouse—still serving alongside me if I ever need advice.”

The city's financial situation is the most formidable challenge faced by the commission, Mayer said, and must become more sustainable in order to tackle areas of concern that have been identified. But he also referenced “incredible opportunities” related to economic development, outdoor recreation and technology innovation, as well as public-private partnerships to address issues such as housing and child care.

Mayer said that his two terms as president of ASNMU, Northern's student government organization, helped to prepare him for City Commission duty.

“It was a great learning experience and I developed a lot as an individual during that time. Those who don't understand how the organization works may not realize how active someone in that role is required to be with all of the university committees and other inner workings. My degree in public administration with a heavy focus on economics plays directly into public service.”

While he was a student, Mayer served as a board member and later vice chair of the Marquette Brownfield Redevelopment Authority, which reviews prospective projects involving environmental remediation and economic development and recommends whether the City Commission should approve them. After graduation, he decided to pursue a commissioner seat to “facilitate the opportunity for others who, like me, love Marquette and want to raise their families here.”

Mayer wears multiple hats. He is employed at Upper Peninsula State Bank in Marquette and also serves with the Michigan Army National Guard. He enlisted at 17 as a junior in high school. Mayer immediately volunteered to assist when a state of emergency was called during the 2018 Father's Day flood in Houghton/Hancock and was activated within 48 hours.

“More recently, we were sent to Washington, D.C., following the Jan. 6 [2020] event,” Mayer said. “We received a text that we were mobilizing shortly after that occurred. We were stationed at the Capitol and our responsibility there was to assist the D.C. police in a peaceful transfer of power to the executive branch. My experience in the military has given me a more flexible and diverse leadership skill set. It has also made me an adaptive and resilient leader because I work with lots of people who are motivated differently or communicate differently.”

Mayer is married to Ashley, his high school sweetheart. The couple has a 2-year-old daughter, Arya, and all are members of the Sault Tribe of Chippewa Indians.