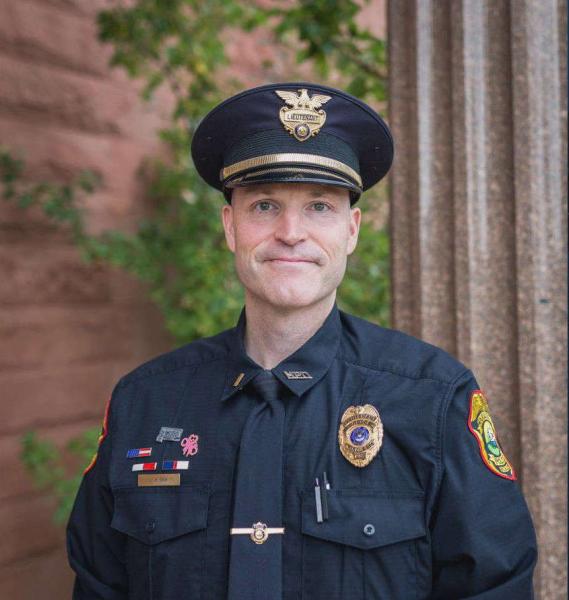 Grim graduated from NMU in 2000 with a bachelor's degree in criminal justice and a minor in history. He also completed NMU's Regional Police Academy in 2001, where he was the recipient of the Distinguished Peer Award and Physical Fitness award. In the same year, he was hired at the Marquette City Police Department.

According to a Mining Journal story, Grim was awarded a Meritorious Service Award for water rescue in 2004. A year later, he was named the department's Patrol Officer of the Year and earned a Lifesaving Award for his actions during a fatal apartment fire. Promotions followed to road patrol corporal, sergeant and lieutenant. Grim is a 2019 graduate of the Michigan Police Executive Development Seminar.

“I would just like to thank my accreditation team and the entire police department for their efforts,” Grim said in a WLUC-TV report. “It definitely took a village to make this happen and the hard work is so appreciated.”

Grim will replace Blake Rieboldt, who has served as chief of police and harbor master since 2015.