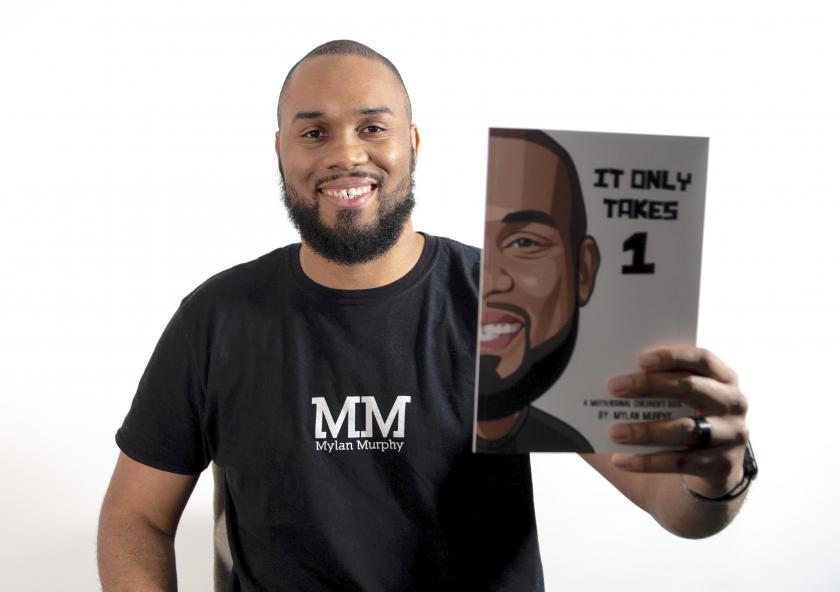 Murphy with his book

Six years ago, NMU alumnus Mylan Murphy posted a photo caption on Facebook that stated “It Only Takes 1”—as in one person, place, thing or opportunity to change someone's life. That is the guiding principle that has propelled him to personal and professional success in the face of challenges since he was a teenager. Now it is also the title of his first self-published children's book, which even features an illustration of Murphy in a Wildcat basketball jersey.

“I've always wanted to inspire and empower people through my life story,” Murphy said. “I had already been doing motivational speaking for several years, and this book gives me another outlet for reaching people outside of speaking. The rollercoaster of ups and downs I've experienced has been extremely humbling. People relate to the obstacles I've faced, and they're intrigued by how I've overcome adversity to achieve different heights in life. I feel I've done a lot at my age, but there's so much more I want to do.”

Murphy said one of the biggest obstacles he confronted was at the age of 13, when his parents divorced. While still reeling from the disruptive change to his family's dynamic, he started his own clothing line in 8th grade to help support his mom financially. He designed shirts and sold them to friends and family in his hometown of Akron, Ohio.

In addition to his entrepreneurial skills, which continue to evolve, Murphy also exhibited notable talent on the basketball court. Numerous Division I and II programs recruited him, but rescinded the offers when he severely injured his leg. It was one unexpected phone call—from the coach at Northern Michigan University—that brought him to Marquette on a full basketball scholarship. The 6'9” center was on the roster for two seasons before his focus shifted to life after basketball.

“Every part of Northern—the education I received, the people I worked with, the opportunities presented to me and the environment —shaped me into the person I am today,” Murphy said. “I went in as a young kid just looking to play basketball and left as an educated man with a plan and vision for my life. That's why I serve on the alumni board now. I feel like that phase of my life was so pivotal, it's only right for me to give back to the place I love so much and hold close to my heart.”

The first-generation college student earned a bachelor's degree in entertainment and sports promotion in 2012, served as an intern and graduate assistant in the NMU Marketing and Communications Office and completed a master's degree in training, development and performance improvement in 2014. Murphy also continued entrepreneurial ventures on the side. He started a niche magazine that highlighted collegiate student-athletes, not only for their athletic achievements, but their goals beyond sports.

A major highlight of Murphy's Northern experience was being one of 30 students nationwide selected for the United States Olympic Committee F.L.A.M.E. minority leadership program. He spent a summer at the U.S. Olympic Training Center in Colorado Springs before working the 2012 London Summer Olympic Games and the 2014 Sochi Winter Olympic Games.

Murphy returned to his hometown of Akron, where he is the owner of OriginTD Innovative Digital Media. He continues to motivate others through speaking engagements at schools and has even addressed inmates at a maximum-security prison.

He said publishing “It Only Takes 1” was a challenging and long process, but a sacrifice worth making to deliver the message he embodies. Within the book's pages, Murphy writes that the number one thing he teaches kids is this: “People may doubt what you say, but they will always believe what you do.” He dedicated the book to his mom, who died from breast cancer in August.

“She was always my number one fan, no matter what I did in life, whether it was sports or entrepreneurial ventures. She always said that when I was born, she knew I was going to be different—a special kid who'd make an impact. Everything I've done in life has been the result of what she taught me and what we went through personally. She would love this book and be so proud of it. I only wish she would have had a chance to see it.”

Murphy has shared the book with his 6-year-old son, Braxton, who enjoys looking at the illustrations of a familiar face while learning to read. He and his wife, Libby, will also likely share it with the daughter they are expecting in July.

“It Only Takes 1” is available on Amazon and his website, MylanMurphy.com. 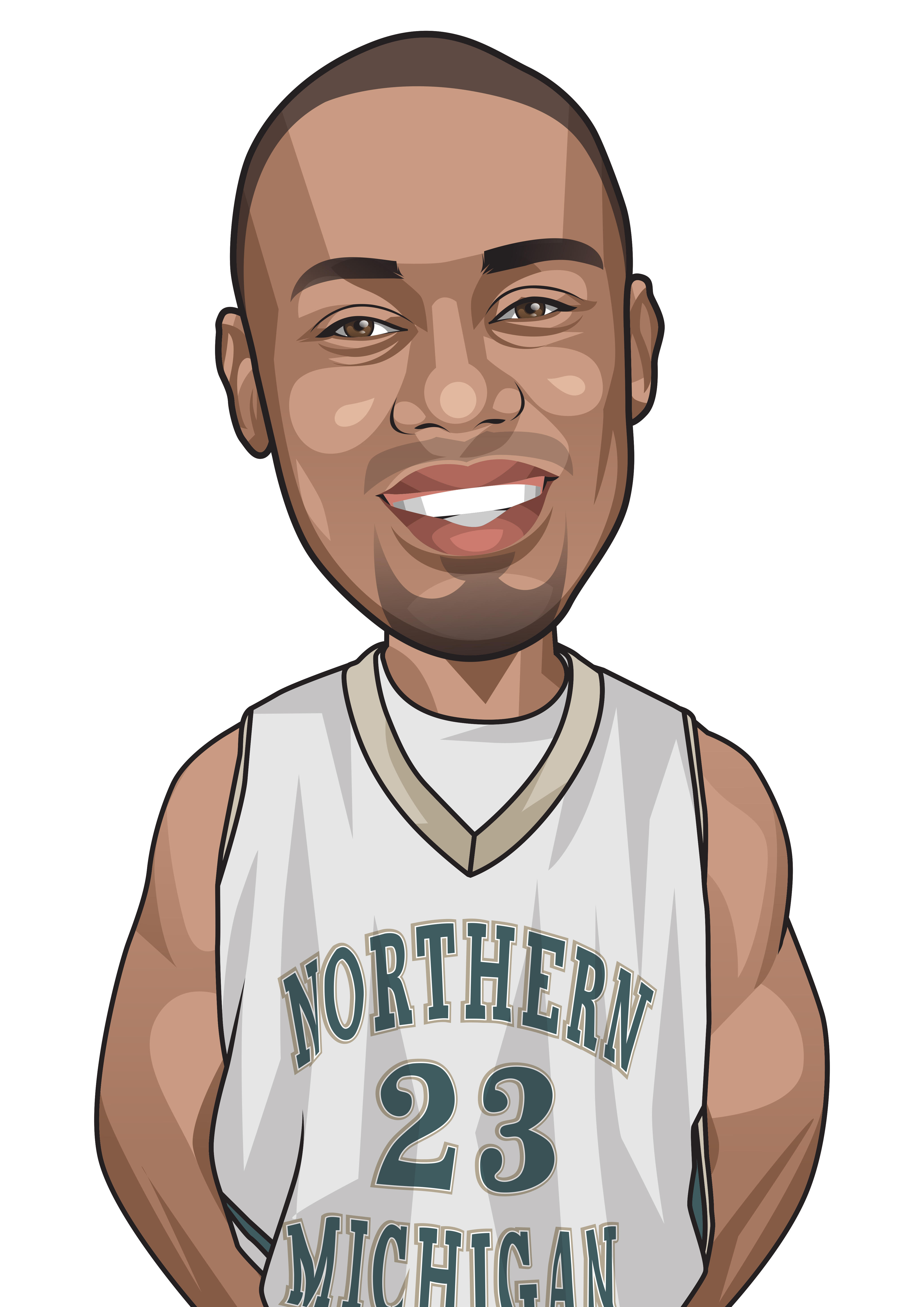 Book illustration of Murphy sporting an NMU jersey
Prepared By