Alumnus is a "Tastemaker of the Year" 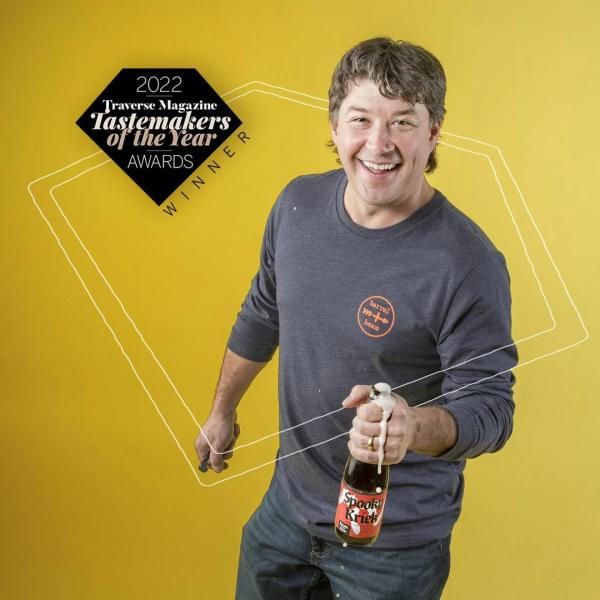 Northern Michigan University alumnus Nick VanCourt is one of six inaugural winners of the Traverse Magazine Tastemakers of the Year Awards, which celebrate “six innovators who are changing the food and beverage conversation in northern Michigan.” The 2004 media production and new technology graduate is brewer and superior saisonnier at Barrel + Beam Brewery in Marquette, which he co-owns with his wife and 2003 NMU speech communication alumna, Marina Dupler.

After earning his NMU degree, VanCourt graduated from the World Brewing Academy, which included classes in both Chicago and Munich.

“He cut his teeth in Madison, Wis., before landing back in Michigan's Upper Peninsula at Ore Dock Brewing Company in Marquette as head brewer,” the magazine description states. “In 2016, VanCourt and Dupler purchased the historic Northwoods supper club, a sprawling 1930s log cabin that was a beloved destination restaurant for decades.

“The long-abandoned and dilapidated structure had become a home for squirrels, but is today a stunning brewery that includes an outdoor beer garden, a seating loft and—coming soon—a small kitchen with expanded dining options. Most importantly, the brewery houses an extensive tap list of Michigan-sourced beers and ciders.”

Read the full feature on VanCourt and other Tastemaker Award winners here.