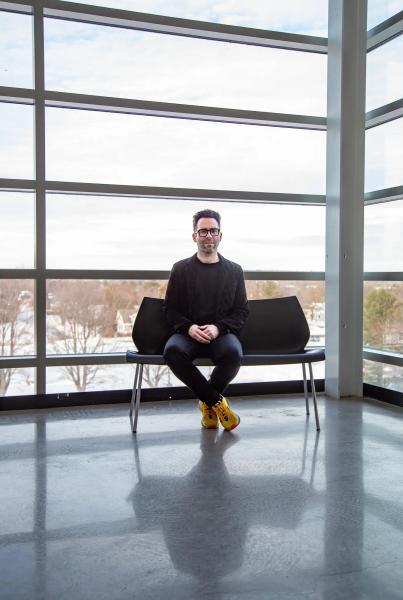 NMU Philosophy Professor Antony Aumann is featured prominently in a New York Times story on how students' increasing use of A.I. chatbots is prompting universities to restructure courses and take preventive measures. He continues to field numerous interview requests as other media worldwide have focused on the topic. Aumann said a red flag went up in response to a paper submitted in his world religions class last semester. After confronting the student, who ultimately confessed to using ChatGPT to write it, Aumann planned to implement changes in his courses this month.

His changes include requiring students to write first drafts in the classroom, using browsers that monitor and restrict computer activity. They must also explain each revision in later drafts. Aumann also might ask students to evaluate the chatbot's responses to various topics.

“What's happening in class is no longer going to be, ‘Here are some questions — let's talk about it between us human beings,'” he told the Times, but instead “it's like, ‘What also does this alien robot think?'”

The technology makes plagiarism more difficult to prove. In a Business Insider story on the same topic, Aumann explained what made him skeptical about a paper submitted by a student in his world religions course near the end of last semester.

"All of a sudden you have someone who does not demonstrate the ability to think or write at that level, writing something that follows all the requirements perfectly with sophisticated grammar and complicated thoughts that are directly related to the prompt for the essay," he said.

Other professors interviewed for The New York Times piece said they are transforming their courses entirely as generative artificial intelligence takes off. Changes include more oral exams, group work and handwritten assessments rather than typed ones.

“In higher education, colleges and universities have been reluctant to ban the A.I. tool because administrators doubt the move would be effective and they don't want to infringe on academic freedom,” the article stated. “That means the way people teach is changing instead.”

The New York Times story has been shared widely through other traditional and social media outlets. Read it here. Read the Business Insider story here.