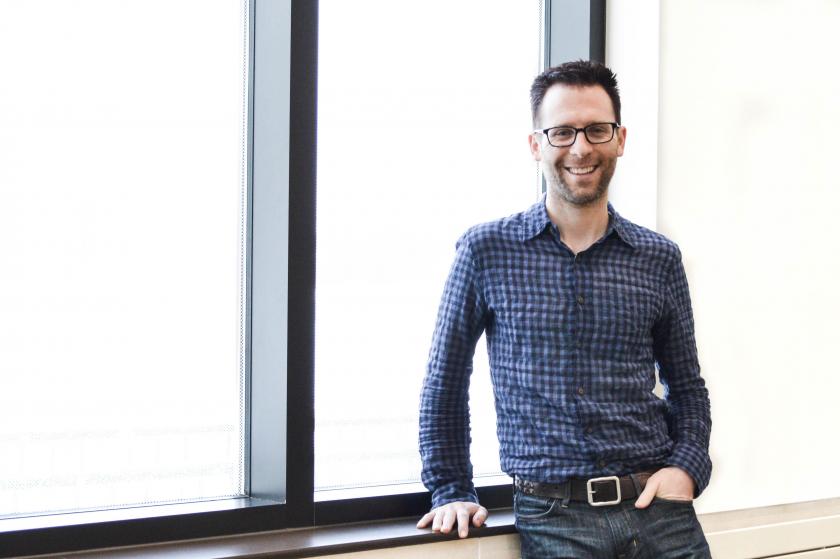 A Northern Michigan University professor draws on his vast knowledge of Kierkegaard and his intellectual context, contemporary philosophy, and art from the Renaissance era to our own time in his new book Art and Selfhood: A Kierkegaardian Account.

Antony Aumann, a professor in NMU's philosophy department, cites his love of numerous mediums of art as the main inspiration behind the book.

Another inspiration for the book was Aumann's longtime love and respect for Søren Kierkegaard, a 19th century Danish philosopher, theologian, poet, social critic and religious author who is widely considered to be the first existentialist philosopher. Aumann further states that his discussions with his students about Kierkegaard helped provide a solid base for the book.

“I have taught Kierkegaard [at Northern Michigan University] for almost a decade and did a lot of writing on him the decade prior to that,” explained Aumann. “A lot of his work is about the self, about who we are, and how we aren't really aware of the type of person we are. A lot of his writing is about trying to help us find ways to become clearer to ourselves about who we truly are.”

An example is one of Caravaggio's last paintings “The Denial of Saint Peter” (1610), which depicts a scene found in all four gospels from the final day of Jesus' life when Peter denied his affiliation with Jesus three times. Aumann said the artist highlighted Peter's facial expression and body language in a way that provides a window into his inner mental state.

“We see in Peter's defiant facial expression an anticipation of his coming remorse,” said Aumann. “In this way, he sheds light not only on the life of Saint Peter but indirectly on our lives as well. His painting works as a mirror that reflects back to us viewers the truth about who we are. We discover in Peter's denial of Jesus our own failings.”

Aumann began teaching at NMU in the fall of 2010 and received a 2017-18 Excellence in Teaching Award. He has previously held positions at the Ohio State University, St. Olaf College and Fordham University. Aumann regularly teaches courses on aesthetics, religion, and existentialism, and he coordinates the religious studies minor.

Art and Selfhood: A Kierkegaardian Account was published by Lexington Books, an imprint of Rowman & Littlefield.