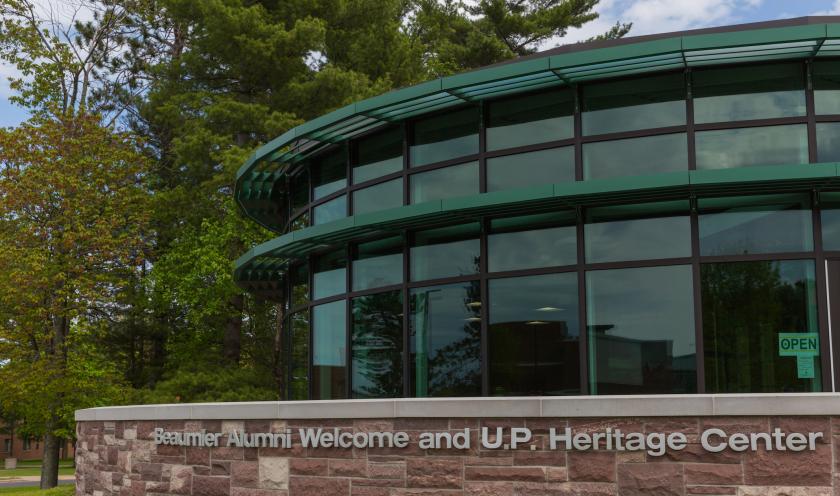 The Beaumier Center is in Gries Hall

The Beaumier U.P. Heritage Center at Northern Michigan University has received a Michigan Humanities Council grant of $13,226 for its upcoming exhibition titled “The Decolonization.” The project will tell the story of the Anishinaabeg Native American people of the Upper Peninsula through their personal experiences and perspectives.

As described, the exhibition will be unfiltered by a Eurocentric museum paradigm, which tends to rely on the perspective of non-Native peoples in developing the story narrative. It will also show a contrast with how museums in the past have interpreted Native Americans. The goal is to give visitors a more inclusive and accurate perspective of how the Anishinaabeg people see themselves and their history.

“For the past 200 years, museums across the world have displayed artifacts and have interpreted the lives of aboriginal people from many different viewpoints,” said Daniel Truckey, director of the Beaumier U.P. Heritage Center. “Some—and some museums are still guilty of this—treated aboriginal people or Native Americans much like dinosaurs or species of animals. In fact, the story of Native Americans was something that was more common in anthropological or natural science museums.

“Even more progressive museums who have tried to create a more inclusive and contextual view of the Native American experience have often missed the mark because they inevitably approach the subject matter from a Euro-centric view of the world. The National Museum of the American Indian in Washington, D.C., was one of the first museums that tried a new approach of having indigenous people tell their own story.”

“In the past we have created touring versions of our exhibitions, especially if they were funded by the Michigan Humanities Council, which really wants to see its funds reach as many people as possible,” said Truckey. “That is the real reason for doing the tour, for it extends the reach of the exhibit. Even though there will be many people who will come see the version at the Beaumier U.P. Heritage Center, there are many people across the U.P. who won't be able to make it to campus to see the exhibition. So, by having it tour to other museums, historical societies, schools and libraries, it will reach an audience that wouldn't get to see it and, therefore, it will have a greater impact.”

The Michigan Humanities Council is an affiliate of the National Endowment for the Humanities.