'A Christmas Story' Performed at NMU 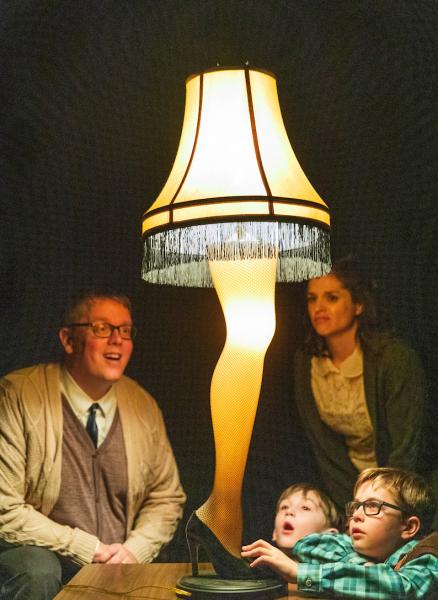 Northern Michigan University's Department of Theatre and Dance presents A Christmas Story, based on the popular 1983 film. Performances are at 7:30 p.m. Dec. 11-14, with an additional 4 p.m. matinee on Saturday, at Forest Roberts Theatre.

The play takes place in Indiana and focuses on a child named Ralphie, whose biggest holiday wish is to receive a Red Ryder BB Gun on Christmas morning. Sturmer directs the show.

“An integral element of this show is nostalgia,” said director Teagan Sturmer. “It's about a person looking back on one of their favorite Christmases and what adult doesn't do that? Even when our lives were really horrible or if something went wrong that year or whatever, Christmas is always a shining beacon. If you had a rough childhood, you could at least look forward to Christmas because there's this sense of hope that comes along with the season and I think that's what this show is really about. There's always something to look forward to and look back on.”

Known for directing Superior Arts Youth Theatre's Shakespeare shows, this is Sturmer's first time directing a show with a cast that encompasses a wide age range.

“Directing adults can be a little bit scary when you are an adult,” admits Sturmer. “When I direct kids, they already have a sense of respect for you because you're older and I feel like with adults you have to earn their respect. It's been a little bit challenging in the fact that I don't feel confident enough, but it's been really insightful and rewarding in the end.”

An opening night party will follow the Wednesday, Dec. 11 performance in the FRT lobby. The party will feature food and beverages, a photo booth and a meet and greet with the cast, crew and artistic staff.