Comley is 2020 'Legend of College Hockey' 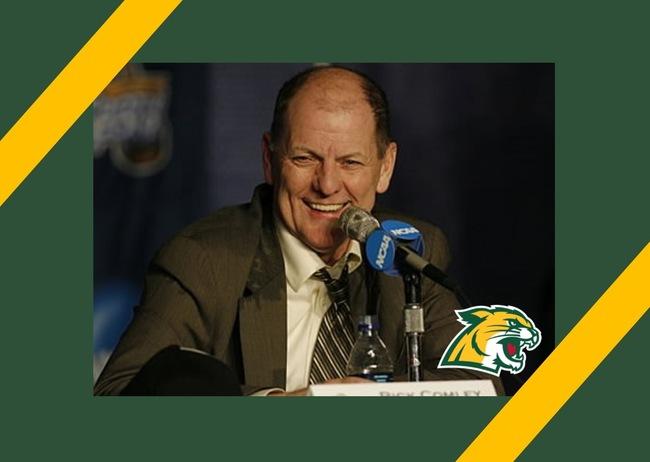 The Hobey Baker Memorial Award Foundation announced March 9 that its 2020 Legend of College Hockey recipient is Rick Comley, the first and longest-serving head coach of NMU's program. He spent 26 years behind the Wildcat bench and guided NMU to the 1991 NCAA Division I Championship. The rink in the Berry Events Center is named in his honor.

The 1991 National Championship is still hailed as one of the most dramatic title games in NCAA hockey history. The Wildcats scored an 8-7 come-from-behind victory over Boston University in triple overtime. NMU finished the season with a school-record 26-game unbeaten streak. Comley later guided Michigan State to the 2007 National Championship. Only one other coach has won NCAA titles at two different universities.

In a career spanning 38 seasons with LSSU, NMU and Michigan State, Comley compiled a 783-615-110 record. He ranks among the top five coaches all-time in collegiate victories. His honors included the Spencer Penrose Memorial Award as national coach of the year (1980 and 1991), CCHA Coach of the Year (1980 and 1981) and WCHA Coach of the Year (1989 and 1991). Comley also received the John MacInnes Award recognizing coaches who have high winning percentages and graduating percentages among their former players.

The Stratford, Ont., native earned a master's degree in education from NMU in 1973 after completing his bachelor's in political science from LSSU. He was inducted into NMU's Sports Hall of Fame in 1998.

The NMU program will recognize its 1991 National Championship squad during its 2020-21 campaign, when the Wildcats host Boston University Oct. 17-18.