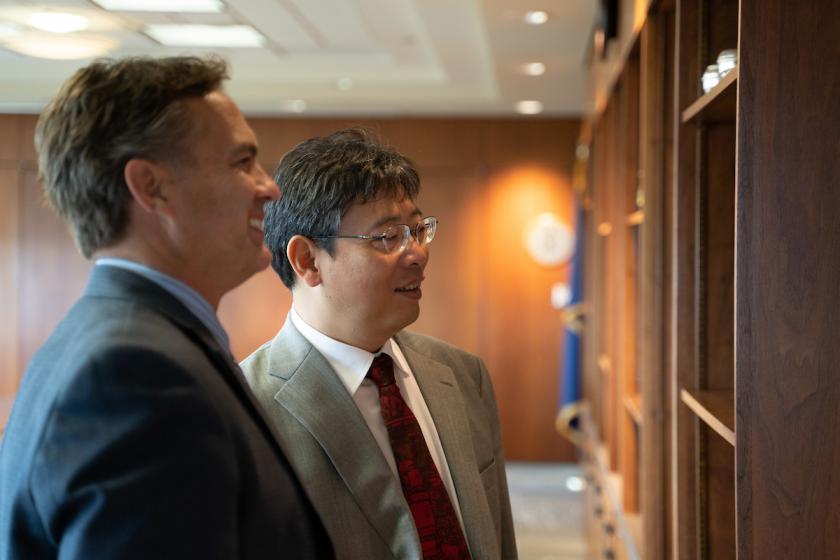 Representatives of the Consulate-General of Japan in Detroit visited NMU Aug. 13 while in Marquette to celebrate the 40th anniversary of its Sister City relationship with Higashiomi.

“We talked a lot about how we're trying to build a cybersecurity ecosystem throughout Marquette—not only academic offerings, but non-credit programs—and the impact this could have on the local economy,” said Steve VandenAvond, vice president for Extended Learning and Community Engagement, immediately after an NMU group met with the Consul-General. “We also discussed whether students in Japan might be interested in cybersecurity programs and how Japanese companies in Michigan and Ohio might benefit from talent development in this area.”

According to the Consulate-General of Japan in Detroit website, Japan is among the top foreign investors in Michigan and the largest in Ohio. The consulate was established in 1993 by the Japanese government to serve both states. Nakagawa commented after the meeting with NMU representatives that he was “impressed with the collaborations the university has” with K-12, higher education, business/industry and nonprofits, which helped it secure Marshall Plan funding for the U.P. Cybersecurity Institute.

“It was a productive conversation and very informative,” he added. “I got to know it very well what NMU is doing in cybersecurity. It is also very new to Japan and Japanese industries, with huge demands for talented people.”

VandenAvond said NMU was honored to welcome the Consul-General and his contingent to campus.

“We are thankful he made the long trip to learn more about the Marquette community. We also learned a lot about his role in promoting economic development for Japanese companies and, more importantly, improving relationships and understanding between the Japanese culture and our own.”

Diana Vreeland, director of NMU's English Language Institute, accompanied the Consul-General to some of his meetings. She had traveled to the Detroit consulate in March with Erika Greeley, director of international admissions.

“We went to see how to encourage student exchanges,” Vreeland said. “For the past 40 years, NMU's president has sponsored students from Marquette's Sister City relationship in Higashiomi, Japan. We are hoping to expand on that. The Consulate-General issues visas for Americans going to Japan, but its bigger task is to develop exchanges related to education, business and culture.”

Its website states that the Consulate-General of Japan in Detroit's major responsibilities are to protect the interests of Japanese citizens and to strengthen the Japan-U.S. alliance through furthering relations with local governments, companies, educational institutions, cultural organizations and the general public. 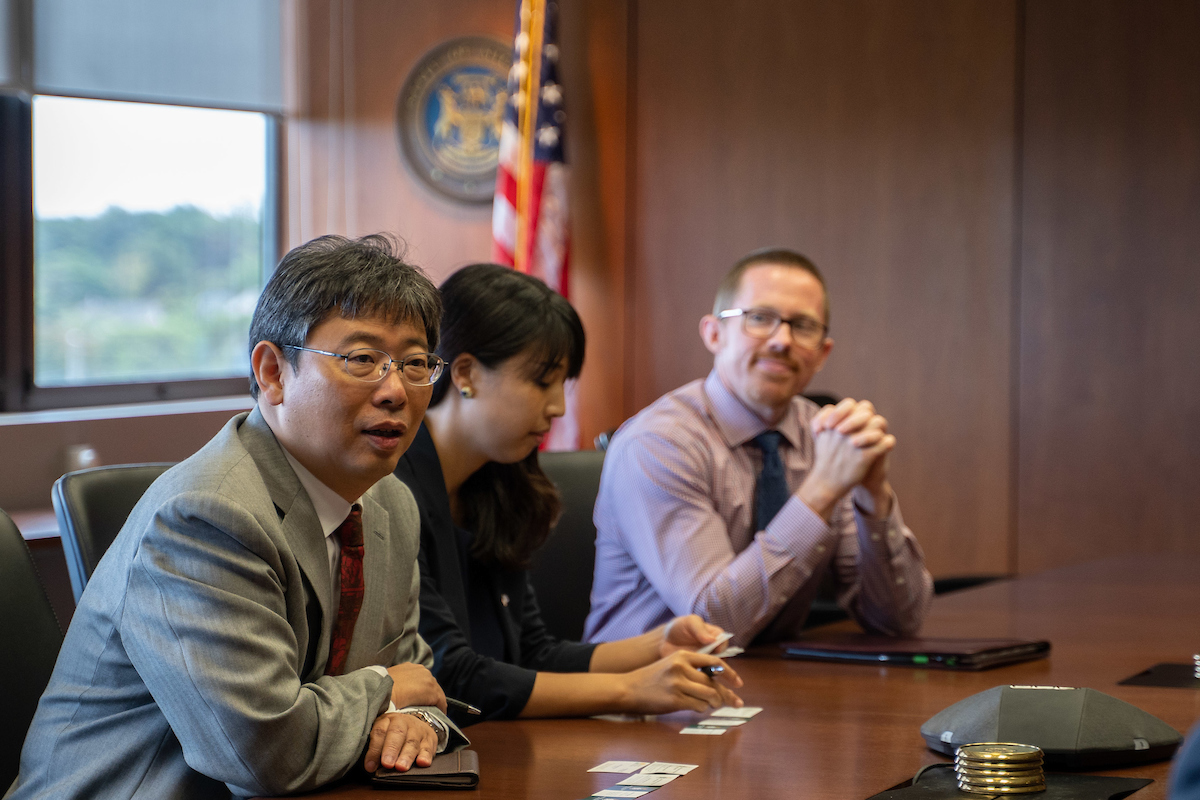