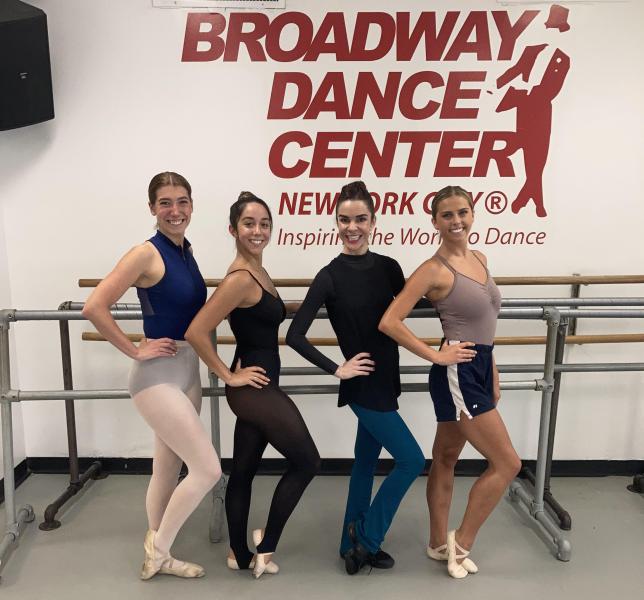 Four Northern Michigan University dance students recently completed a faculty-led trip to the performing arts mecca of New York City. Many shows are still shuttered by the pandemic, but the group was able to watch the closing performance of American Ballet Theatre's Across America Tour, held outdoors at Rockefeller Center. They also took several classes at Broadway Dance Center and Steps on Broadway, and joined NMU Theatre and Dance alumni for a gathering in Central Park.

The Big Apple is familiar territory for Jill Grundstrom, NMU assistant professor and co-director of NMU Theatre and Dance. She used to work at American Ballet Theatre and was eager to share the New York City experience with students. For two seniors, Gracie Fries and Brigitte Bartesch, the trip was part of a directed study focused on the teaching of dance.

“It was good for them to see how dance is presented outside of the studios they grew up in and beyond the university setting, in more of a metropolitan environment,” said Grundstrom. “And the timing was perfect because they still have one more year at Northern to really delve into some of the things they feel they might be lacking or haven't had enough exposure to. They can hone in on those skills before they enter the real world.

“After being in New York, Gracie realized that she would like to audition and perform for a while after graduation, but then refocusing her energy on teaching and choreography. For Brigitte, the experience helped solidify that she's a wonderfully talented dancer, technically gifted and can hold her own in higher-level classes. That will be motivating for her this coming year.”

Fries had never been to the East Coast until this year. She took classes for many years at Julie's Top Hat Dance Studio in her hometown of Kingsford and has taught there and at a studio in Marquette while attending NMU.

“Broadway Dance Center and Steps on Broadway were very eye-opening—not just with the incredible variety of dance styles offered, but the way it pushed me to learn material very quickly and adjust to totally different teachers, each with their own style,” Fries said. “Putting yourself in a somewhat uncomfortable situation can help you grow and learn. I felt very humbled at end of every class because I knew I had so much to work on. I'm so grateful we were able to go; it was an amazing learning opportunity.”

“It was awesome to take classes from professionals in the dance industry and see how they teach classes,” added Bartesch. “Taking classes in New York City has made me a much more well-rounded dancer. It's such a different experience going from dancing in Marquette, Mich., to a big city like New York. Overall, I'm so grateful that my professors helped make this trip happen because it was life-changing.”

The remaining two students who participated in the trip were Megan Hibbard and Arianna Rodriguez. The NMU delegation met up with several theater and dance alumni in Central Park for a picnic meal and conversation. 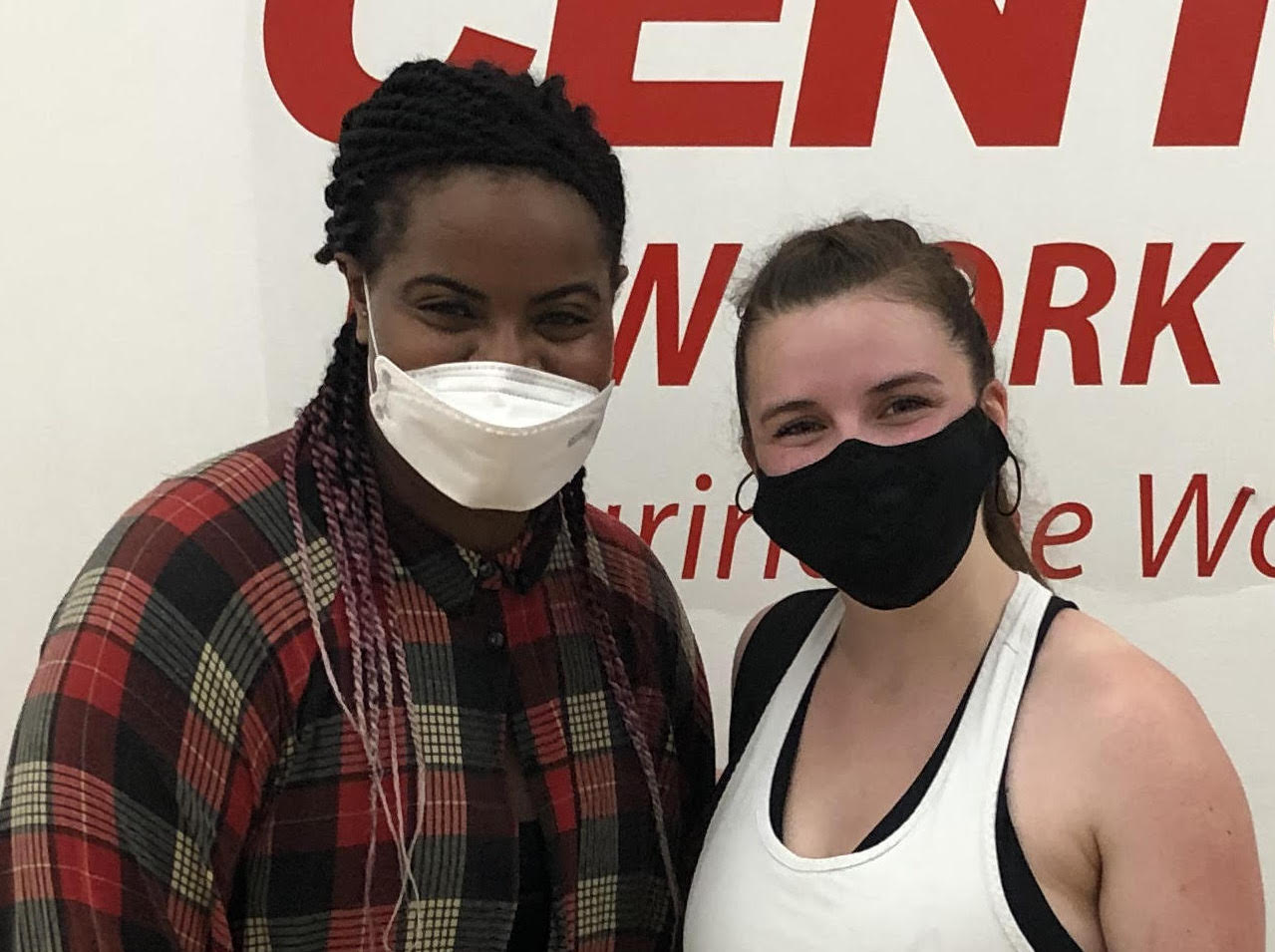