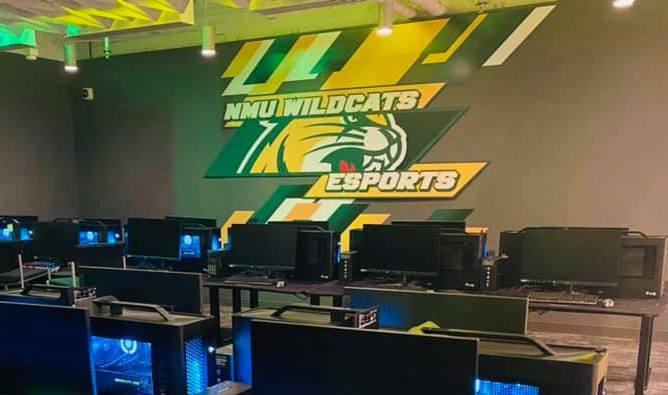 Northern Michigan University's new esports team has not been impacted by COVID-19 to the same level as other sports because it can be adapted to an alternative format. The team opened its first season with a 3-1 record before the semester break. Though they weren't able to attend any local area network (LAN) party events in person, the Wildcats were able to engage in competitions and scrimmages with other schools and amateur organizations.

Still, the team had to make some changes to the original plan for the season because of the pandemic.

“We were planning on opening up the facility in Harden Hall, but unfortunately, we were never able to do that due to COVID-19. So we actually played the whole last semester completely virtually. Everyone was playing from their dorm rooms or their homes,” said William Garetto-Balmer, esports head coach.

The team will eventually practice and compete in a renovated, state-of-the art esports venue in Harden Hall that includes 30 gaming stations.

Esports is relatively new to the college athletics and very popular globally, according to Garetto-Balmer.

“Esports is a very incumbent word; it's something that covers all of the video games, and now it's developed into an industry that has millions of players throughout all the games,” he said. “The top five games see viewership that rivals traditional sports like hockey and baseball.”

NMU esports is focusing on two games this season: League of Legends, with six players; and and Super Smash Bros., with three.

“Right now we're starting off small with the two games that I most specialize in, but I want to expand,” Garetto-Balmer said. “I want to have more than just those two esports. To continue to grow the program every year, we need to have a good structure in place and add more games by finding coaches who have expertise in them.”

For recruiting, the common method is to go through an application called Discord. Through this, coaches and potential players can discover each other and then take on the tryout process from there. This has become essential in the time of COVID-19 because the other methods of recruitment—meeting at local competitions through high schools or amateur organizations—cannot happen this year with everything being virtual.

When looking for a new team member, Garetto-Balmer said potential is a big factor.

“How they communicate is another thing that I look into because I want to make sure that I don't get anyone who has a type of attitude issue or any type of hostile communication or anything like that,” he said. “One thing that's very unique about esports is there's not the structure that traditional sports have where you don't have Little League or anything to teach you how to be a team player. How it works for a lot of the games is you have to think only about yourself. This creates people who are great solo players, but they need to develop as team players.”

“It's super exciting to be doing something like this,” Bailey said. “Playing video games for a college at the varsity level is not something you hear every day. It's also exciting knowing we have a whole facility being built for us. It felt like the school was pretty much 100% on board with this in how they're supporting it and investing in it. All in all, it was a pretty great first semester.

"It's kind of like a dream come true. Most people wouldn't understand that esports is a really big thing and it's really not that different from other sports in terms of how much time and effort you put in. Most of the players on the team grind eight hours a day while doing our homework and everything so we can compete at a high level. It's more of a mental thing and you can get burned out really fast. It's important to have some type of schedule where you're going outside.”

The esports team is a member of the National Association of Collegiate Esports. The Wildcats face Cornell College Jan. 23 and will continue competing through the winter semester, with high hopes of having more successful events. View the team's developing schedule here.

This story was prepared by student Lauren Rotundo of NMU Marketing & Communications. 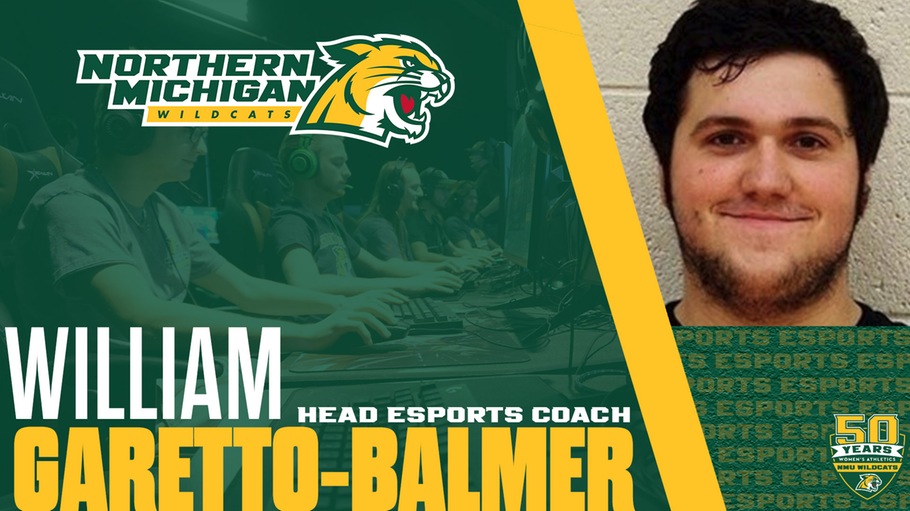