Feamster Helps Get Out the Student Vote 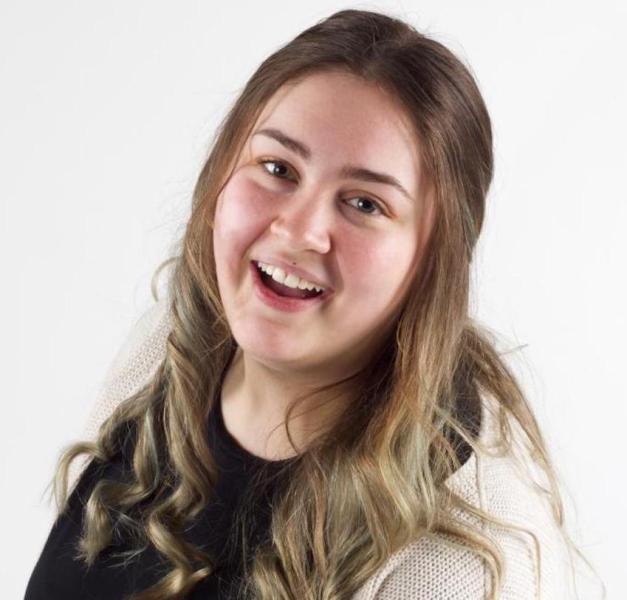 Northern Michigan University student Gwen Feamster, who was selected to serve on the Michigan Department of State's Collegiate Student Task Force, has one goal for everyone this election season: vote. She and other members of the task force have been informing their peers of their voting rights, promoting awareness of the newly redistricted electoral maps, and combating and dispelling election misinformation on college campuses.

“My biggest thing is that it doesn't matter who you vote for or how you vote, as long as you vote,” Feamster said. “Working with a team of people who all think the same way has been very beneficial. We get a lot of fun ideas from each other, we share things that have worked on other college campuses, and then we try them out here at Northern to see how it fares, stuff like that.”

The political science major from Linden, Mich., is among 25 undergraduates chosen from more than 200 applicants to act as civic engagement liaisons between the Secretary of State's office and their campuses throughout 2022.

As a member of the Collegiate Student Task Force, Feamster communicates with the other members of the task force to find ways to get students to vote, what barriers they might encounter, and how to break those barriers down.

“One of the big barriers for college students specifically is that a lot of the time they don't know if they want an absentee ballot, or maybe it's their first time voting so they don't know how to,” she said. “As an RA, my hall's bulletin board this month was on voting and how to get started and check your registration status. A lot of it is also on social media, putting out those deadlines for students so they know when they are in a more eye-catching way.

The election is Tuesday, Nov. 8. For more information on how to register to vote in Michigan, click here.