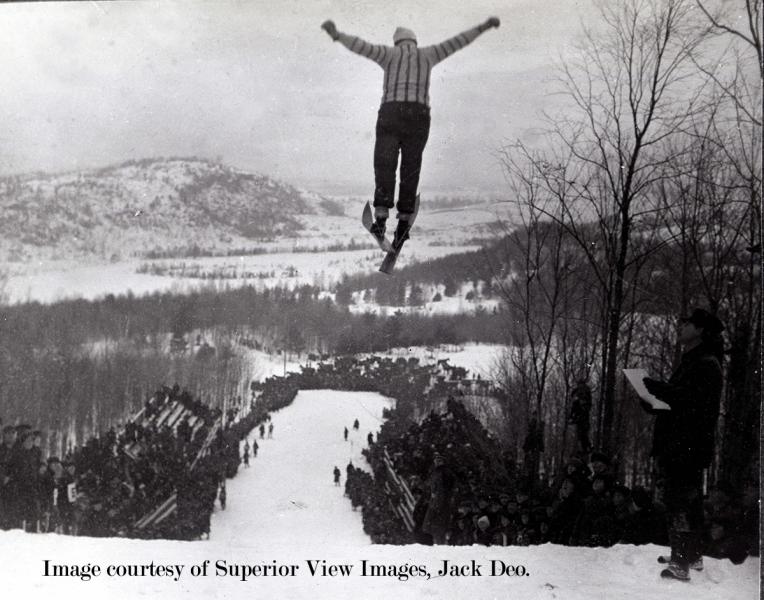 "Winter Wonderland," a 1995 film about Michigan's many winter sports by Ironwood-based filmmaker Bill Jamerson, is the next installment in the Beaumier Heritage Documentary Series. It will air at 9 p.m. Friday, Jan. 29, on WNMU-TV. It can also be streamed live on the station's website or for 30 days after the broadcast on the Passport App.

The first part of the film examines the origins of cross-country skiing in the Upper Peninsula, including the Norden Ski Club in Ishpeming in 1887.

The film also explores the early days of ski jumping. By the turn of the 20th century, there were ski jumping competitions held across the Upper Peninsula, which drew thousands of spectators. Ishpeming, Iron Mountain and Ironwood hosted some of the most popular ski jumping events. Viewers will see rare footage of the fabled ‘Flying Bietila brothers' from Ishpeming, and ski jumping scenes from the Pine Mountain jump in Iron Mountain.

The film also examines the origins of Porcupine Mountain ski area, the Michigan Tech Winter Carnival and stories about early cross-country skiing in the Keweenaw Peninsula. Rare footage of Mount Ripley in Houghton, along with an interview with longtime Michigan Tech coach Fred Lonsdorf, is included.

The second half of the film highlights the growth of downhill ski resorts in the lower peninsula, including Boyne Mountain, Caberfae and Mt. Holly.

For more information, contact Daniel Truckey of the Beaumier U.P. Heritage Center at Northern Michigan University at dtruckey@nmu.edu or 227-1219.