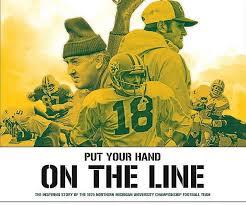 Put Your Hand on the Line, an award-winning documentary about the 1975 Northern Michigan University football team's remarkable turnaround from losing every game one season to winning the NCAA Division II National Championship the next, will stream online as part of the 2020 Dances with Films Festival. Showings are scheduled for 8 p.m. EDT Monday, Aug. 31, and 8:30 p.m. Wednesday, Sept. 2.

The film is one of 14 documentaries selected for the annual independent festival, which is typically hosted at the TCL Chinese Theatre in Los Angles, Calif. This year's event will be held virtually, giving more people an opportunity to watch remotely and vote for the Audience Choice Award.

“The initial reaction to the final edit was very positive,” said Director Scot Fure of Marquette. “That reaction was from an audience composed primarily of those connected to the team. The film festival jury is comprised of 14 industry experts from throughout the world. So when the documentary was selected, it really validated that this remarkable story can appeal to a worldwide audience.”

The film features interviews with players from the 1975 season, including quarterback Steve Mariucci. The Iron Mountain native and former NFL coach now serves as a commentator on the NFL Network. His colleague, NFL Network anchor Rich Eisen, narrated the film.

“As I traveled throughout the country gathering the 25 hours of interviews, it became apparent that the players' passion for this accomplishment had not waned,” said Fure. “There was laughter and tears as 37 players and coaches retold their stories. Their words helped tell one of the greatest underdog stories of all time, one that few people had ever heard.”

Producer and Escanaba native Jack Hirn conceived the idea for the film while discussing memories of the championship season with a former teammate. Hirn was the freshman punter on the squad

“We had no inclination that we would go on to win the national championship,” Hirn said. “We were happy to win three-fourths of the games. Four new freshman were starting on defense that year.

“This is not just a sports story. It's a human-interest story about overcoming odds when they are against you. On paper, there was no way that we should have won those games, but we did. We just never gave up.”

“Nystrom was a catalyst who changed the whole landscape of the football program when he came on board in the spring, following the 1974 season,” Hirn said. “He changed our whole thought process.”

It took the late Head Coach Gil Krueger only two seasons to develop a championship program at Northern. In his first year at the helm, the Wildcats went 0-10, losing seven of those games in the closing minutes. Fortunes reversed in 1975, when the team garnered several come-from-behind wins at the end of the regular season and through the playoffs to post an overall 13-1 record. The Wildcats downed Western Kentucky, 16-14, in the national championship game in Sacramento, Calif. NMU had advanced by defeating Livingston (Ala.), 28-26, and Boise State, 24-21.

The Put Your Hand on the Line virtual film fest showings will be followed by a live question-and-answer session. Tickets are available here for $11 before Thursday, Aug. 27, or $15 after that date. Watch the trailer on YouTube. 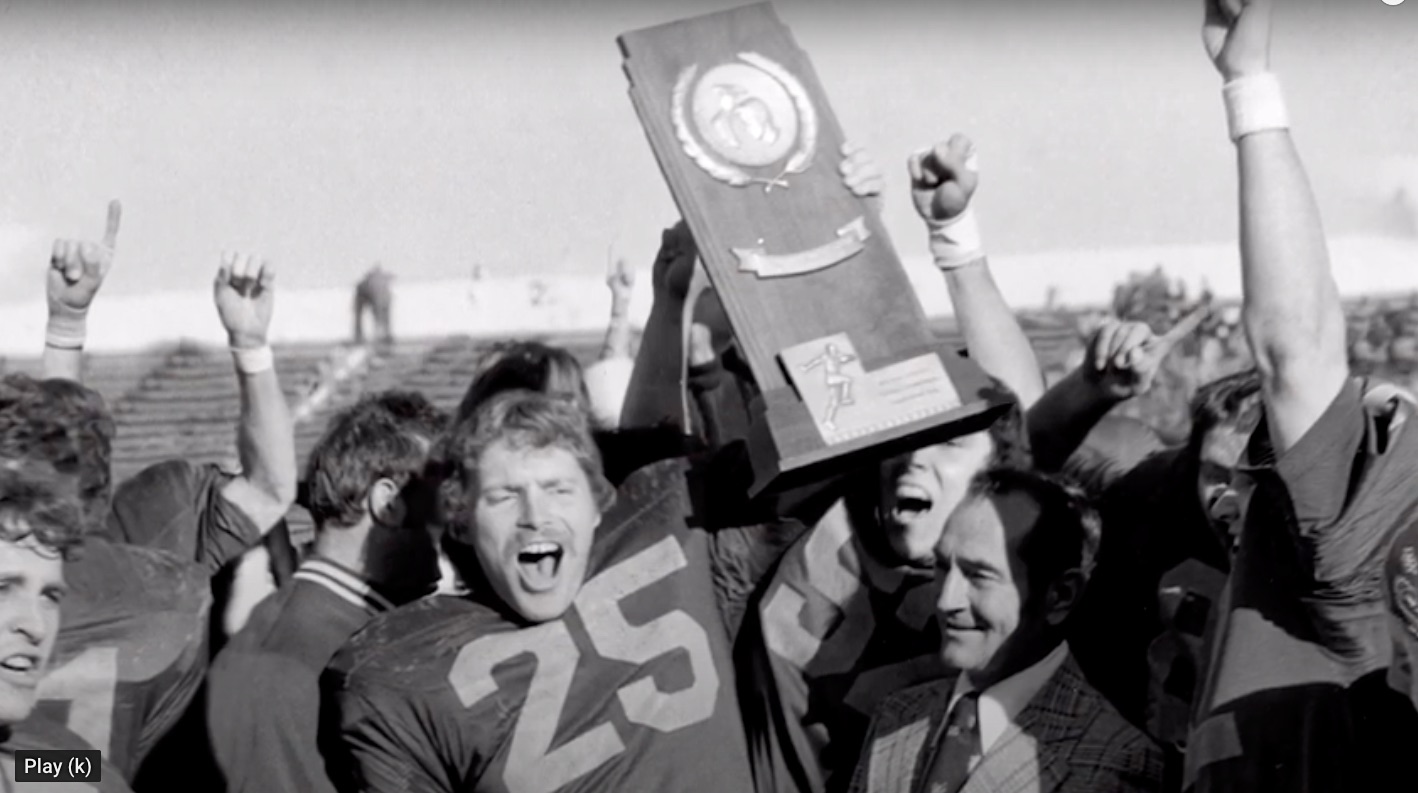