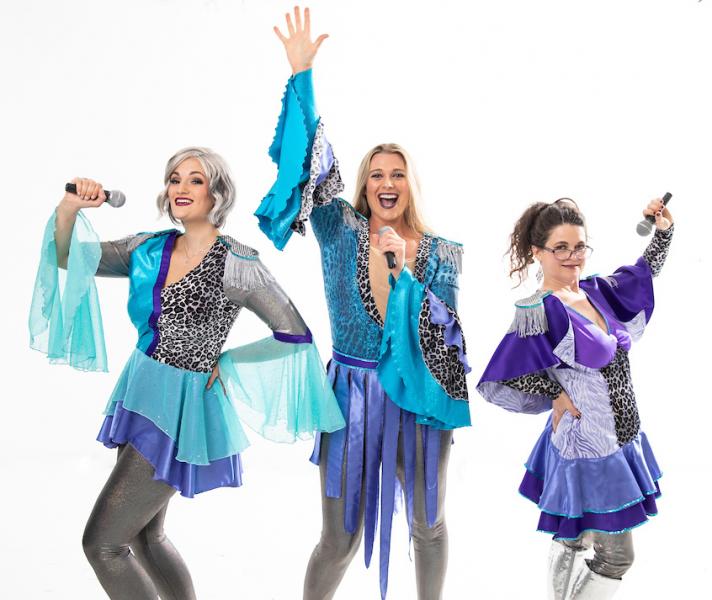 Based on the hit songs of 1970s dance-pop group ABBA and directed by NMU professor Shelley Russell, this jukebox musical focuses on Sophie Sheridan, who dreams of a perfect wedding with her father giving her away. However, Sophie does not know who her father is. When her mother Donna refuses to talk about the past, Sophie decides to take matters into her own hands. Sneaking a peek in her mother's old diaries, she discovers three possible fathers: Sam, Bill, and Harry. She secretly invites all three to the wedding, convinced that she'll know her father when she sees him. But when all three show up, it turns out to be not as clear as she thought.

NMU senior theater major Audree Stephens portrays Sophie Sheridan in the production, a role which she has found to be very relatable.

“I find myself a lot in Sophie,” said Stephens. “She is a very kind and loyal person, the close relationship she has with her mom is very similar to the one I have with my mom and we're both 20-years-old.”

Mamma Mia! is part of the Forest Roberts Theatre's inaugural summer season, a new addition to the NMU's theatre program.

“The goal of our summer season is to create community engagement, as well as meaningful, educational opportunities for our students to work in a professional setting during the summer,” said NMU theatre director Bill Digneit. “This is a great way to help our theatre and dance programs grow and give prospective students more of a reason why they should chose to study theatre and dance here at NMU.”

An opening night party will follow the Thursday, June 20 performance in the FRT lobby. The party will feature food and beverages, a photo booth and a meet and greet with the cast, crew and artistic staff.

Tickets are $15 for the public, $10 for students and $5 for NMU students. Tickets are available for purchase at NMU EZ Ticket outlets. For more on the production, including the full cast list, click here.