Former NMU Student is U.P Veteran of the Year 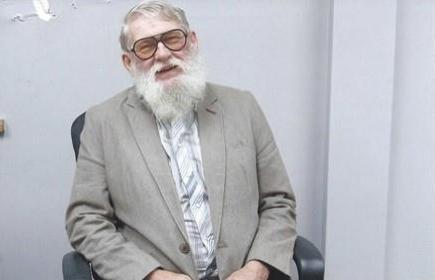 Former NMU student C. William “Bill” Hager was announced as the 2021 U.P. Veteran of the Year during an Aug. 19 ceremony at the U.P. State Fair. The National Mine resident served more than 20 years in the military, including two tours in Vietnam. He attended Northern before and after serving with the U.S. Navy from 1963-67, and was president of the NMU Vets Club.

“Bill Hager makes a better place for veterans and the community by opening his home, property and finances to others," stated the Marquette Veterans Alliance, which nominated him for the honor. "He has been a mentor, counselor and advocate for county veterans. He addresses such issues as PTSD and drug/alcohol addiction through a church group, providing work and therapy for veterans at his hobby farm for rescued miniature horses and donkeys. Bill routinely aids homeless families searching for benefits and housing, and helps veterans enroll in VA services.”

After his two tours in Vietnam, Hager wrote a play highlighting the struggles of Vietnam veterans while in service and after their return home, providing hope and promise to veterans and family members. The play was staged for four weeks at the Vista Theatre in Negaunee.