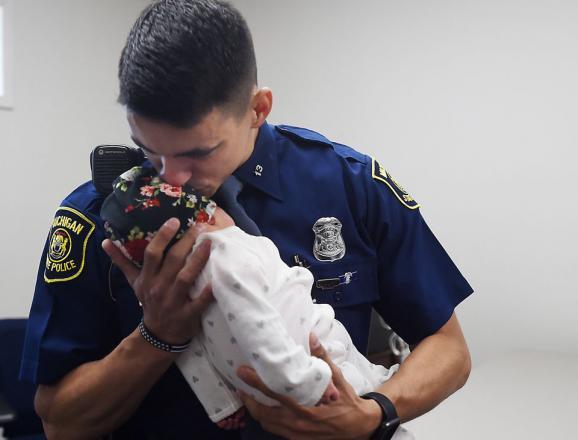 Ronnie Tucker, a former weightlifter at NMU's Olympic Training Site, helped to save the life of an unresponsive newborn outside the Michigan State Police Jackson Post. He has been a state trooper for eight months. Tucker was first on the scene to assist a couple in an SUV parked outside whose baby emerged feet first and wasn't breathing. With CPR equipment from his vehicle and the training he underwent in the police academy, he kept the newborn's airway open and tried rubbing her chest for stimulation, eventually finding success. Tucker had an emotional reunion with the family July 24. Read the full story here.