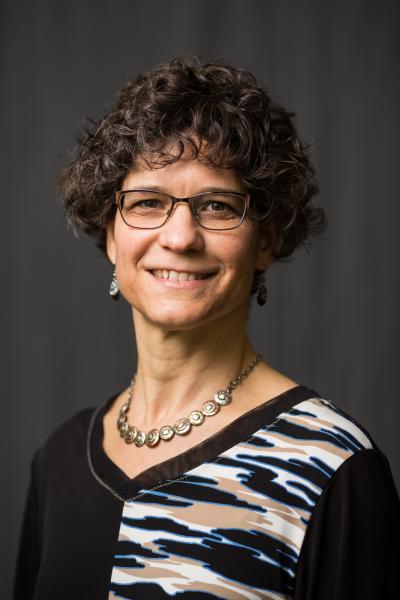 “Kim and I have shared an important goal: increasing the number of Michigan residents who have a post-secondary credential,” Whitmer wrote. “We need to develop paths for workers and students looking for new opportunities and raise the percentage of adults with a post-secondary education 60%. An important part of this plan is making it easier for students to transfer credits among Michigan's institutions of higher learning, and Kim Rotundo has been a leader in that effort across the state.”

“I was surprised, honored, and humbled by the governor's recognition of my work to improve the transfer process for all students across the state, and specifically for those students transferring to NMU,” Rotundo said. “I very much appreciate her kind words and well wishes for my retirement.”

Whitmer said Rotundo has created efficient and student-friendly transfers between community colleges and state universities. Through her service on the statewide Transfer Steering Committee, Rotundo played an important part in the MiTransfer Pathways initiative, the Michigan Transfer Agreement, and the Michigan Transfer Network.

“Each of these is a substantial commitment of time, but Kim has always been willing to volunteer for the important work that results in student success,” Whitmer stated. “Moreover, she has consistently worked on academic quality with a smile and a sense of humor, making the often complicated work seem that much lighter. I would like to express my deepest gratitude to Kim for her service in helping students at NMU and other postsecondary education institutions successfully navigate their higher education journeys, and for her dedication to the highest academic standards.”

Under Rotundo's leadership, beginning in fall 2019, NMU increased the number of credit hours students can transfer from regionally accredited community colleges from 64 to 90. The policy change recognized the value of students' past academic work and aligned with the statewide initiative to create better transfer pathways that maximize the use of credits earned.

“Because the role of community colleges has evolved beyond offering coursework appropriate only for the first and second year of a student's education, Northern has increased the limit to prevent students from losing credits they have already earned,” Rotundo said in a previous press release. “As long as they complete a minimum of 30 credits from NMU and meet the degree requirements, they will be able to graduate.”

NMU also earned a 2018 Innovation in Transfer Award from the Michigan Association of Collegiate Registrars and Admissions Officers for its bachelor of science degree in applied workplace leadership. Rotundo assisted Joe Lubig, director of the School of Education, Leadership and Public Service, in the development of the program.

The online bachelor's degree was launched in 2017. It enables individuals holding an associate of applied science degree from any community college to ladder to a bachelor's degree that will qualify them for management positions.