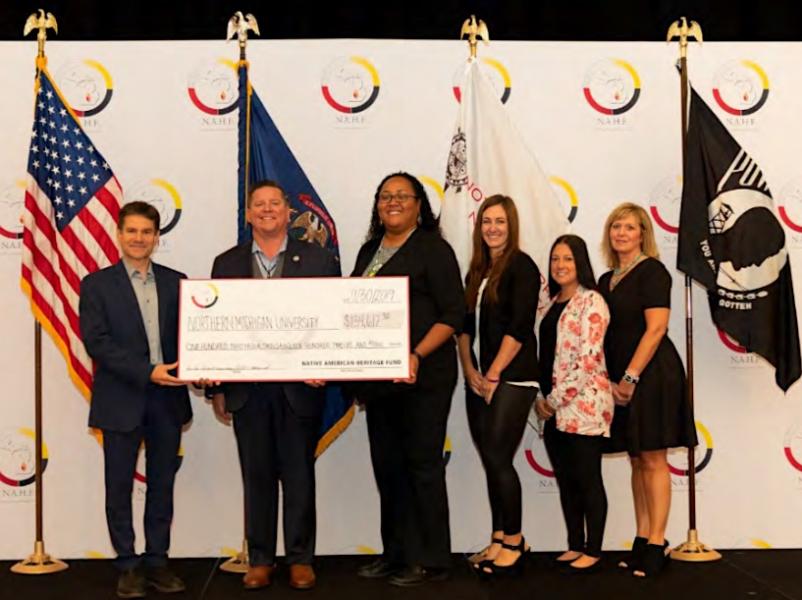 The NMU Center for Native American Studies will embark on a new initiative titled the Anishinaabe Learning Community Project. The ALLC will create two new Anishinaabemowin courses that align with existing courses on Michigan-Wisconsin tribal relations, and tribal law and government. It would result in two new graduate courses, intended to support the potential development of a graduate program in Anishinaabemowin documentation and translation.

NMU faculty member Jud Sojourn has been selected to lead the project. He will spend one academic year researching, building and developing the multiple curriculum proposals.

“Creating new undergraduate Anishinaabemowin curricula forwards the goal of tribal nations to address language renewal,” stated the NMU grant proposal. “Language renewal creates stronger Indigenous identity and perspective for First Peoples and greater understanding of First Peoples for all students. The ALLC project is founded on the belief that a deeper knowledge of the first language of this territory will further add to the accuracy of the history of the Anishinaabe tribes as well as the role of tribal nations within Michigan.”

NMU's Center for Native American Studies has a long-standing history of offering courses in Anishinaabe language at beginning and intermediate levels since 1993. It implemented the first and only Native American studies major in Michigan during the fall 2016 semester. The center offers a holistic curriculum rooted in Native American themes that challenges students to think critically and communicate effectively about Indigenous issues.

The Michigan Native American Heritage Fund (NAHF) was created as part of the Second Amendment, approved in 2016, to the 1988 Tribal-State Gaming Compact between the Nottawaseppi Huron Band of the Potawatomi (NHBP) and the State of Michigan.