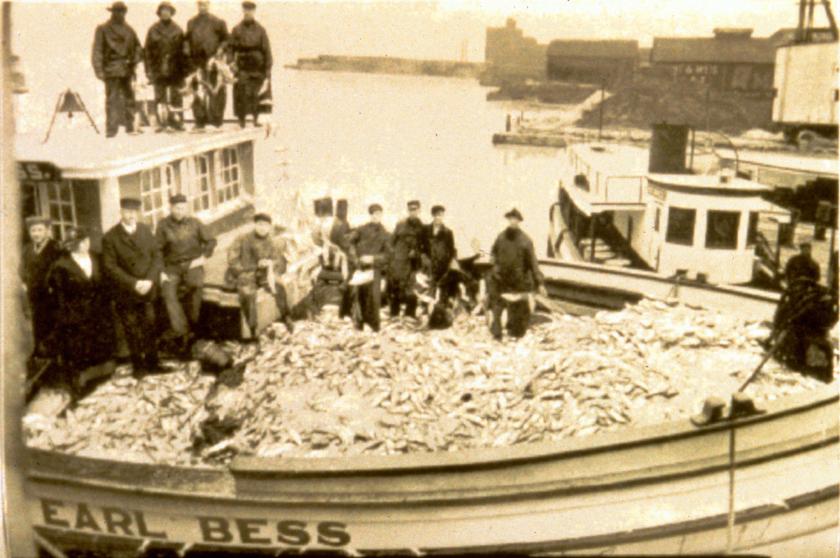 The Beaumier U.P. Heritage Center at Northern Michigan University is featuring an exhibition titled “Above/Under the Surface: The Fisheries of the Upper Great Lakes” through December in its Gries Hall gallery. The exhibition looks at the changes that have taken place in the fish populations and the impact of human beings on native fish species. Admission is free.

The history of Upper Great Lakes fish life is central to the region's ecosystem and its impact on human residents. For many millennia, the Great Lakes have been home to dozens of species of fish, which is why it became such a popular region for habitation by the Indigenous people of the Midwest.

With the arrival of Europeans and then the exploitation of the region's natural resources, fish became an important part of Upper Peninsula residents' nutrition and way of life . This led to the over-fishing of many species, leading to extinction in some cases.

Industrial operations, human-made pollution and the intentional or accidental introduction of non-native species have had further impacts on the health of the waters and fish populations. The exhibition explores these themes and also highlights the work NMU students are doing to maintain healthy fish populations.