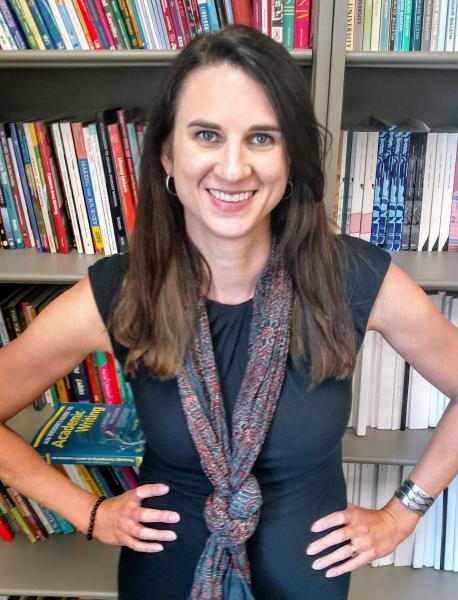 A Northern Michigan University professor explores literary representations of walking in a book that was included on KCET's “L.A. History to Poetry: 23 Notable Books of 2018” list. Amy Hamilton's latest scholarly work, Peregrinations: Walking in American Literature, adopts a cross-cultural perspective on walking and demonstrates how the topic allows writers to engage with a wide array of histories, stories and traditions.

“My main intention with this book was to open up the conversation and think more about walking in American literature from a whole bunch of different viewpoints,” Hamilton explains. “The goal for any text like this is to get other people excited and interested, and maybe they will take the idea even further.”

According to KCET's overview of the work, “Hamilton shows how walking is the very basis of human agency. Though she briefly mentions Walt Whitman and Henry David Thoreau's noted ideas on walking, Hamilton deconstructs the notion that walking is merely ‘a masculine tradition of conquest and domination of the American land,' by spotlighting several examples of Native American and Southwest border literatures that use walking as a means to interrogate place and identity.”

When it came to selecting and compiling texts to begin researching and annotating, Hamilton decided to choose stories that she was very familiar with.

“Many of the stories in the book are stories that I teach,” she states. “A lot of the books I am writing about are books that I care about quite a bit. I think that they are significant books in American literary traditions, they are books I like to talk to students about and they also represent different moments in U.S. history and different cultural traditions.”

Hamilton became interested in Native American literature during her undergraduate years at Pamona College in Claremont, CA. She joined the NMU English Department in 2008 after earning both a master's degree and doctorate in English Literature from the University of Arizona. Professor Hamilton's recent courses at NMU include Native American Oral Traditions, Literatures of the Southwest Borderlands, American Literature II: Emergent National Voices, 1800-1865 and Ecocriticism and Environmental Literature.

KCET is a member of the public media group of Southern California.