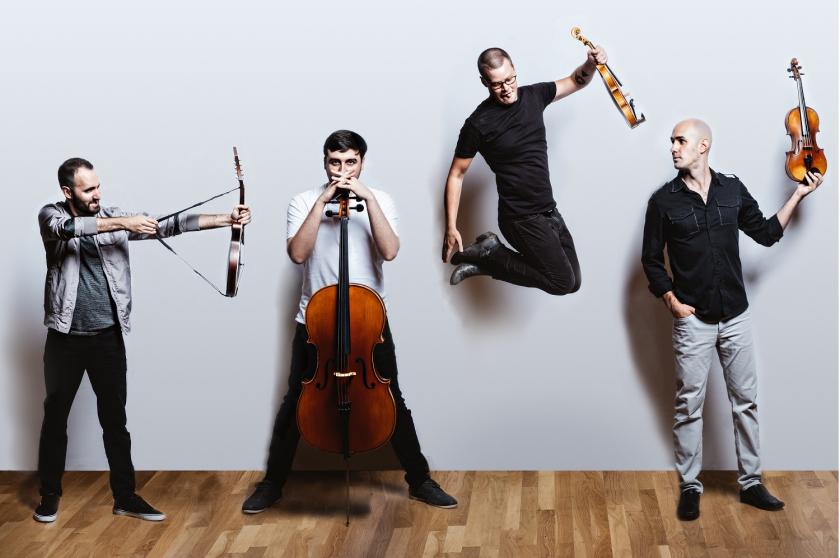 Invoke, a multi-instrumental quartet originating in Austin, Texas, will perform at Northern Michigan University as part of the Siril Concert Series. The concert is scheduled for 7:30 p.m. Friday, March 18, in Reynolds Recital Hall.

Invoke weaves a variety of musical styles into a singular sound that defies genre classification. The band encompasses traditions from across America, including bluegrass, Appalachian fiddle tunes, jazz and minimalism. Songs are written by and for the group, and are performed in an original style that SiriusXM classical producer David Srebnik describes as “Not classical but not not classical.”

The band champions diverse American voices through such activities as its ongoing commissioning project American Postcards, which asks composers to pick a time and place in American History and tell its story through Invoke's unique artistry.

General admission for the concert is $12. Admission is free for NMU students and those 18 and under. Tickets can be obtained through https://nmu.universitytickets.com