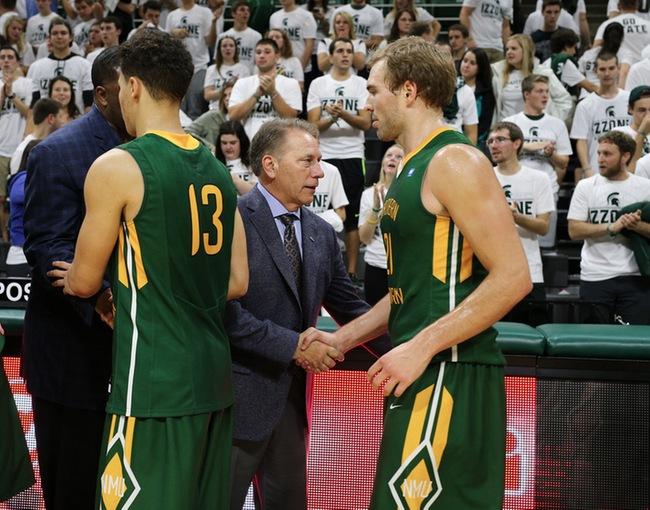 Izzo after an MSU-NMU matchup

Tom Izzo, a 1977 NMU grad, received the Metropolitan Award Sunday night for long and outstanding service to men's college basketball. The Michigan State University coach is one of only five in history to lead a team to the NCAA Final Four eight times or more. The Spartans won the NCAA championship in 2000. His longtime friend and fellow NMU alumnus Steve Mariucci presented the award from the National Association of Basketball Coaches to Izzo in Minneapolis, the site of this year's Final Four. Read a full story in their hometown Iron Mountain newspaper here.