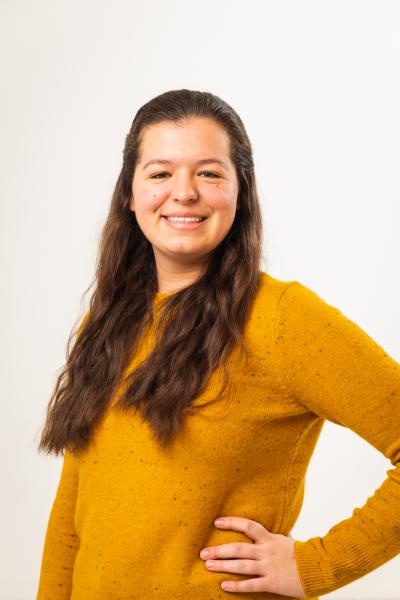 Emily Kendall of Faribault, Minn., has been named the Northern Michigan University Department of Theatre and Dance 2020-21 outstanding graduating senior. Kendall will earn her bachelor's degree in theatre and entertainment arts May 1.

Since becoming involved with the theatre department, Kendall has been involved with most productions in some capacity. From being a member of the run crew to serving as production stage manager to working in the box office to becoming a scene shop master carpenter, Kendall has culminated experience in many different areas of opportunity within the department.

Kendall has also taken advantage of educational travel opportunities. She was an assistant stage manager on “What We Leave Behind,” a piece that was selected to be performed at the Kennedy Center American College Theater Festival in Madison, Wis. She also joined department faculty and two other students on a recruiting trip to Detroit for the Michigan Thespian Festival. Most recently, she attended a London/Paris study abroad trip.