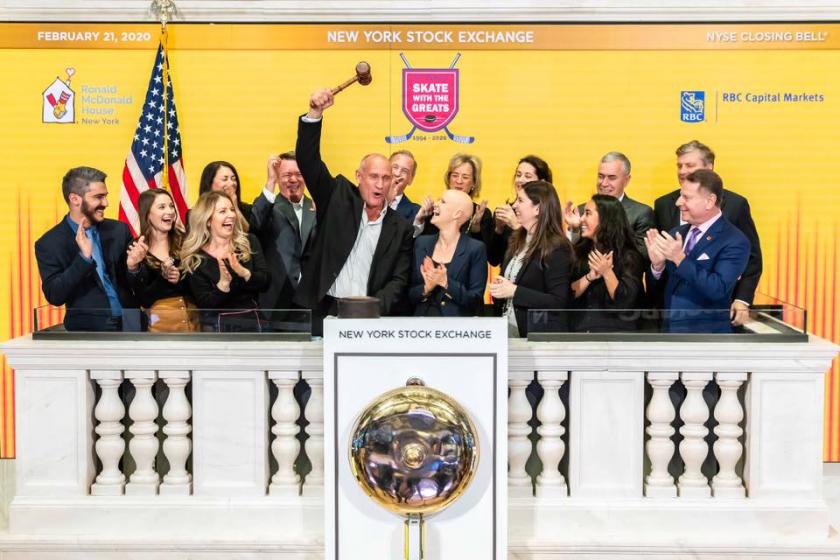 Laidlaw (with the gavel) at the NYSE

The stock market response to COVID-19 has fueled extensive media coverage and some consternation among investors. But on a related positive note, former Wildcat hockey defenseman, NHL player and "Survivor" contestant Tom Laidlaw helped to ring the closing bell at the New York Stock Exchange in February, before the pandemic escalated in the U.S.

Laidlaw, a former New York Rangers player, joined executives and other guests of RBC Capital Markets and Ronald McDonald House New York in celebration of the 26th Annual Skate with the Greats, benefiting children undergoing pediatric cancer treatment and their families. He wielded a gavel and, in good humor, pounded it aggressively to symbolize the closing bell. Watch a video here.

Laidlaw had 70 assists in his NMU career, along with 20 goals. He tallied 38 points in the '79-'80 season (8th all time) and two game-winning goals the previous year. Laidlaw still holds Wildcat career (410) and season (137) records for penalty minutes. He also played for the NHL's Los Angeles Kings.