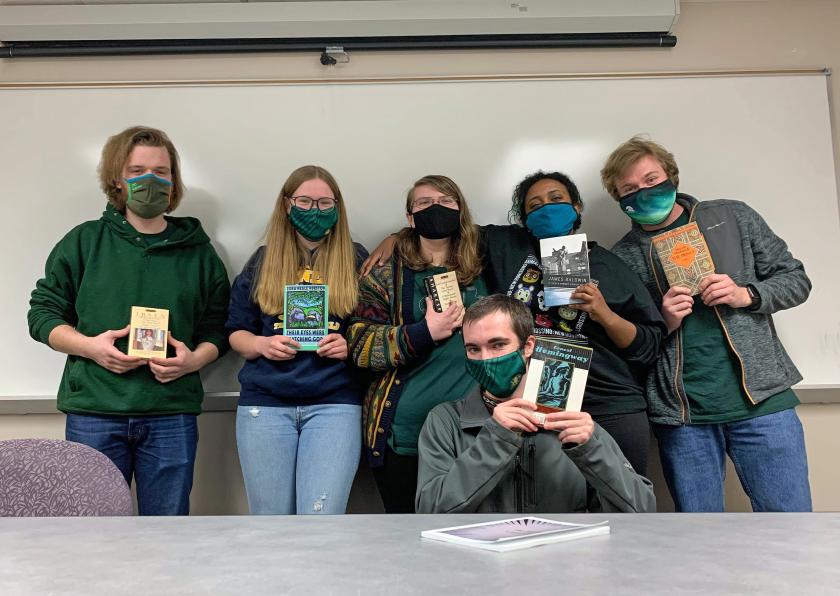 Northern Michigan University student Jakob Lippert of Green Bay finished 2nd in individual scoring among 128 players at the Intercollegiate Championship Tournament, the premier national quiz bowl event at the collegiate level. He was a member of NMU's team, which defeated squads from Harvard, Amherst, Tufts and other universities en route to a 15th place finish among 31 teams. Lippert averaged 66 points per game for the tourney.

“That is roughly the equivalent of scoring about 33 points per game in basketball,” said NMU Quiz Bowl adviser Michael Joy. “Jakob proved that he is one of the best quiz bowl players in the country. During his time at NMU, he has scored over 10,000 points in tournaments. This puts him at the top of the career-scoring list among all players since the team's founding in 2009.”

National Academic Quiz Tournaments, LLC sponsors the Intercollegiate Championship Tournament. According to its website, NAQT invites the best schools from its nationwide to the year's most competitive weekend. The 2021 event was held virtually.

“Normally we travel to the tournaments and face other teams across the table, but all of this year's games were played over Zoom,” said Lippert, a junior German and history major. “It was a noticeable difference. There seemed to be a little less pressure playing over Zoom, but I definitely missed playing in person.

“I am really proud of how we did. We won all of the games we should have and had a really good showing. I also enjoyed a lot of the questions I was asked. It felt good to answer those. I just really try to go out and have fun.”