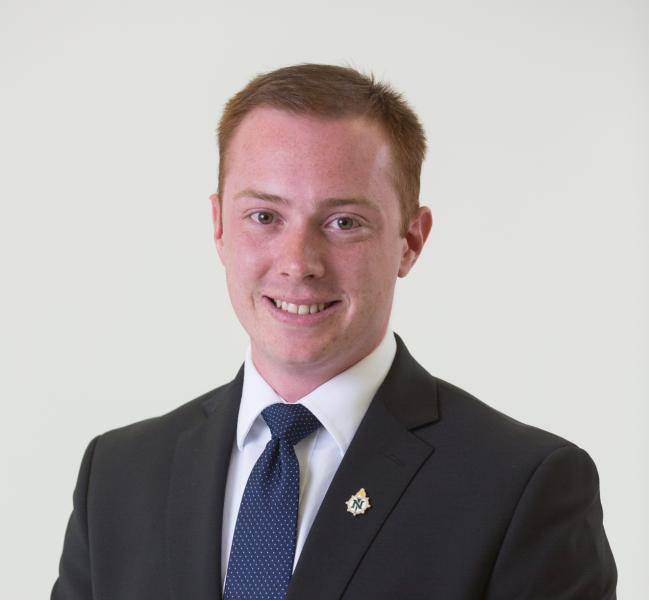 Connor Loftus of Plainwell, Mich., has been selected as the student commencement speaker for the Dec. 14 graduation ceremony at Northern Michigan University.

“Getting to speak at graduation is nerve-racking but cool,” said Loftus. “I never thought I'd see myself public speaking, let alone at my graduation.”

Loftus' speech will address the many changes that have occurred throughout campus in the last four years. He said he believes the graduating class has been at the center of most of those changes.

Loftus served in the Navy from 2011-2015 before coming to NMU. His decision to major in fisheries and wildlife management was heavily influenced by an experience he had while in the Navy.

“I took a trip to Joshua Tree National Park while I was in the Navy and being able to see everything there made me consider a career in park services,” explained Loftus. “I also really enjoy biology, so majoring in fisheries and wildlife management seemed like a no-brainer.”

After graduating, Loftus has his sights set on moving to Lansing, where he hopes to secure a job related to natural resource policy.

During his time at NMU, Loftus assisted in establishing the Food Pantry and has been an active member of student organizations like ASNMU, Gamma Theta Upsilon and the Student Veteran Alliance.

The graduation ceremony will be held at 10:30 a.m. on Saturday, Dec. 14 in the Superior Dome. It will be broadcast live on WNMU-TV and streamed online at www.nmu.edu/commencement.